Tilefinder is a turn-based RPG coming out very soon. The game’s developer Dave Doublee talks about inspirations found and mistakes made.

There are many mistakes I made developing my first game, Tilefinder. I had been studying game design, development, and marketing for a while, and thought I had it all figured out. This is how the Dunning-Kruger overcomes a person: thinking you know more than you actually do. 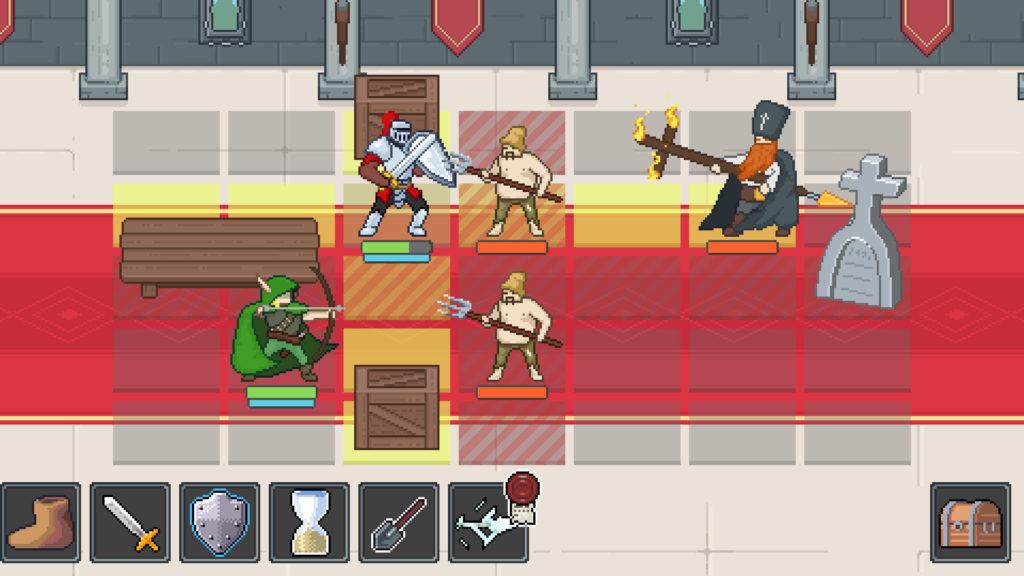 One of the first computer games I ever played was Heroes of Might and Magic 3. I was very young at the time, and having grown up with real-time strategy games like Starcraft, a turn-based, tactics approach was very new to me. It immediately stuck and got me thinking “Yes, this is exactly the type of game I want to play!”.

Over the years I had always looked for similar turn-based games, preferably on a grid, and the more tactical, the better! This is how I got into games like tabletop roleplaying (Dungeons & Dragons) and how I discovered many other games in the genre, like XCOM, Darkest Dungeon, Into the Breach, Pokemon, and more recently Wildermyth.

But something felt… off. Yes, these were great games, but not exactly what I was looking for. D&D was too complex while Pokemon was not complex enough. Darkest Dungeon was not on a grid, Into the Breach was not RPG enough, and so on. My first attempts at making a game were in the Warcraft 3 map editor when I tried to recreate Heroes of Might and Magic (it is also what introduced me to both programming and game development).

Years passed and, as I was in university in a math class (suuuper boring stuff), I started drawing random sprites in MS Paint. And since there were 14 classes during the semester, you can imagine how many pixel art sprites I had amassed by the end of it. Looking over my sprites folder and noticing how much “content” there was, I said “That’s it, I’m making something out of it!”.

Fast forward way too many years, I am close to releasing my first commercial game on Steam, Tilefinder, so, unironically, thank you Ms. Professor for being boring! 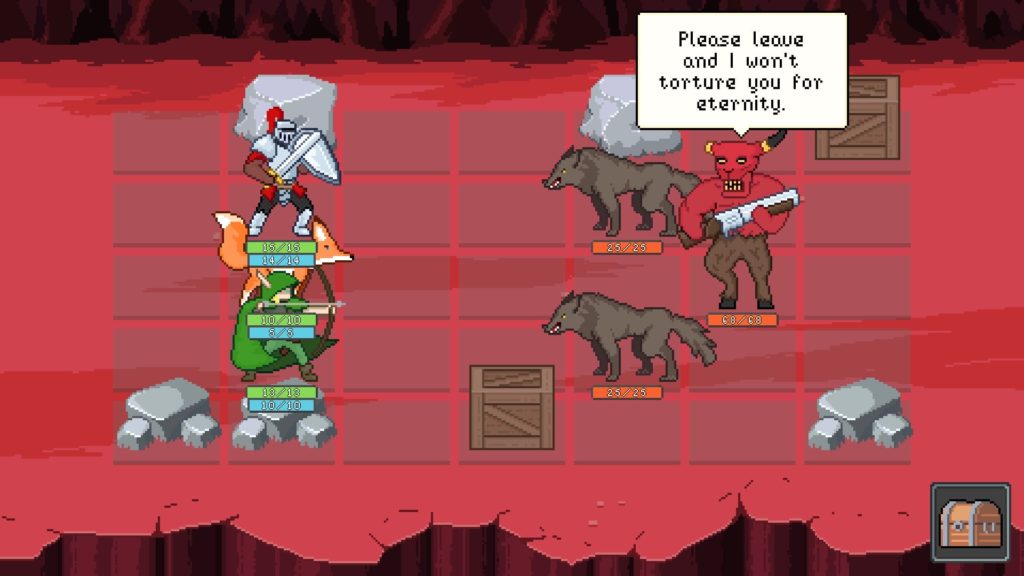 The concept of the game changed around a bit. At first, it was supposed to be a Pokemon-style game, in which battles are always 1v1 and sometimes it would trick the player into thinking it was 1v2 or 1v3 by stacking together multiple enemy sprites into a single enemy. It was a fun prototype, but not fun enough.

The next thing I did was experiment with a Darkest Dungeon-like squad management system. Needless to say, it didn’t stick. The final prototype was a grid-based combat system with roguelike mechanics – and that was it! That was what I needed! 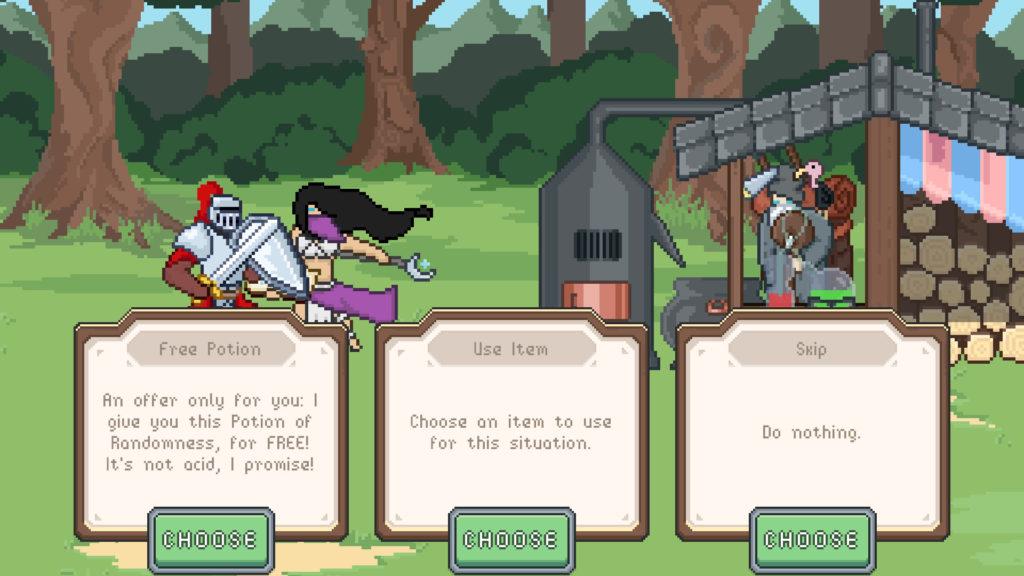 My first big mistake was that I lost way too much time trying to take mechanics from other games without thinking about the core concept of the game and why it didn’t fit mine: I took Pokemon combat and slapped it over a poorly made scaffolding of heroes with complex stats, items, and spells, which didn’t fit because I was trying to have a complex combat system with a very simple, 1v1 battle. I wasn’t a huge fan of squad management, but I gave it a go. I regretted prototyping that as well – months lost to an idea I knew wouldn’t suffice. 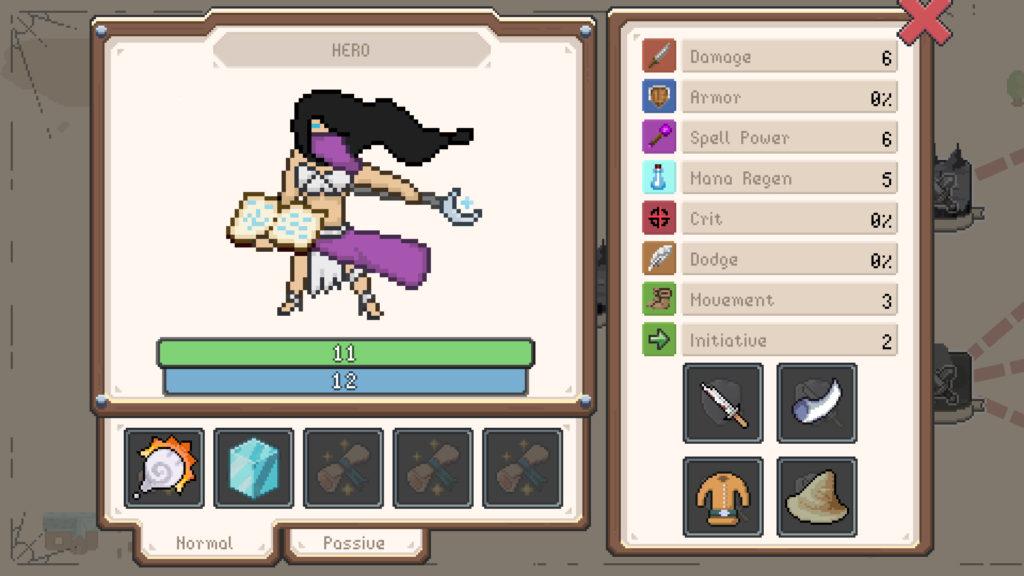 So, what is Tilefinder? It’s a turn-based RPG on a grid with roguelike elements. You progress through the procedurally generated zones, fight enemies, unlock abilities and loot and, maybe most importantly, progress through a well-put-together story. From a gameplay perspective, Tilefinder still is a mishmash of multiple games I’ve played. It turned out to be exactly the type of game I’ve always wanted to play, but the journey was rough.

I slowly pieced together mechanics, added features, and removed others, all without having a solid base, until I patched up this weird baby of mine I called Tilefinder. In retrospect, I should have started with a core game idea I knew would work (probably an Into the Breach ripoff) and modified it to fit my needs. 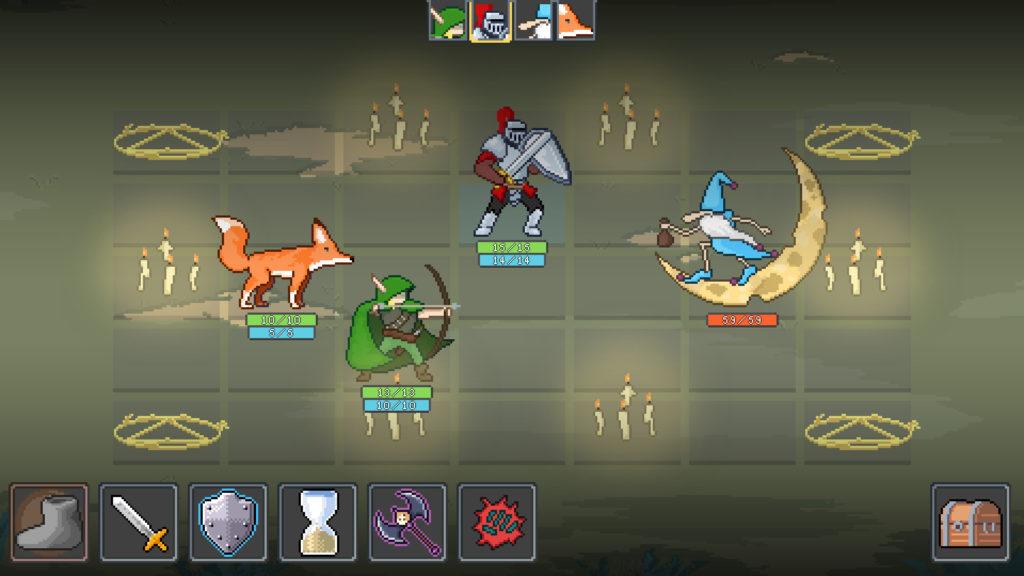 I was also reluctant to invest any money into it, but an old friend convinced enlightened me about how “investing $100 will bring you $200” and this is exactly what I did: I spent $100 on the cover art for Steam and, boy, was it worth it! If I had known how much the quality would improve, I would have paid artists to do me pieces of artwork or paid sound engineers for sound effects instead of doing it all by myself. Lesson learned.

I also had a lot to learn about making art and significantly improved my skills over the years.

Amidst all this, I learned the hard way to make my Steam page as soon as possible, to take in feedback ASAP, and to use a game engine that suits my needs (Stencyl was not complex enough for this game, so it was a bit of a hindrance).

Tilefinder will be released in late June or early July 2022 on Steam! Any wishlist, review or comment helps a lot!

You’ll find Tilefinder here on Steam, and you can also follow developer Dave Doublee on Twitter at @DaveDoublee.

For more previews hosted on Into Indie Games, check out the Previews page here!