Strike Force Heroes, the classic Flash arena shooter, is returning in an all-new avatar. Developer Sky9 Games shares its journey with us.

2022 marks the 10 year anniversary of both Sky9 Games as a company and the launch of Strike Force Heroes, one of the biggest Flash game hits. Since starting the company, Justin and I have released multiple Flash games, developed for mobile, as well as PCs and consoles, but what made us return to Strike Force Heroes was the stark realization that it (and all our Flash games) would no longer be playable due to the death of Flash. 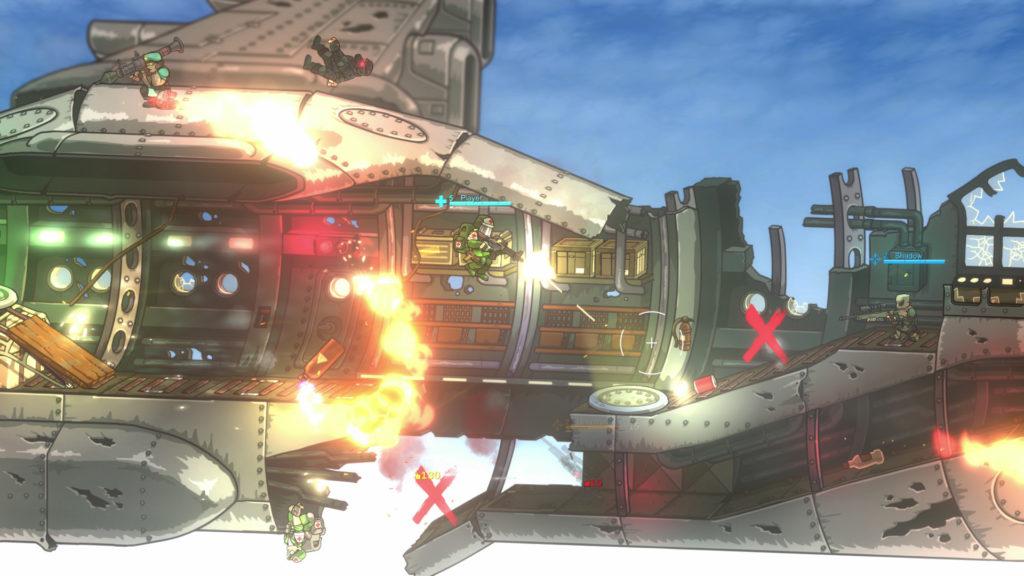 The idea was originally to simply port the 3 Strike Force Heroes games to a new engine and make them available in a bundle on Steam but then we began to wonder, as all developers inevitably do, what would happen if we gave our old Flash game the true remake treatment–a top to bottom rebuilding of the game with a completely rewritten story, brand new mechanics, and crisp HD artwork.

We originally began developing in Unreal Engine 4 as that’s what we had worked on for previous titles and we were extremely happy with the results visually, if not necessarily in terms of performance.

It quickly became apparent why so few 2D games are made in Unreal and we made the switch to Unity but with some very important goals for what we wanted the game to look like visually. 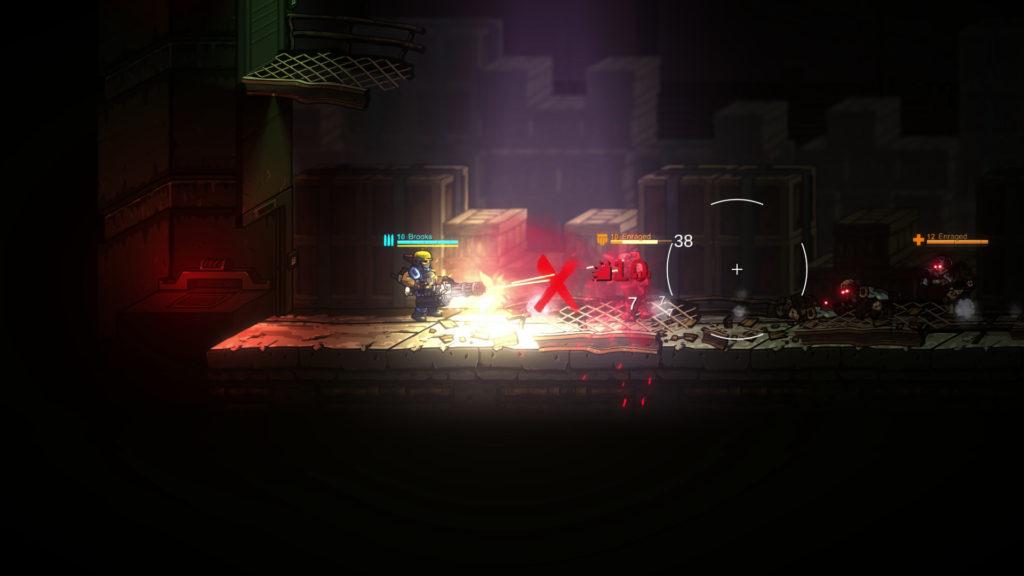 The original Flash version of Strike Force Heroes was always ambitious for what it was, featuring voice acting, cutscenes, custom games, and dozens of weapons and abilities so we thought it would be perfect to expand on that ambition by returning to the games that originally inspired us.

We love the art of Metal Slug, the fluidity of the animations, the detail of the backgrounds, and the creativity of the scenarios. We love the class system, personality and humor of Team Fortress 2. And we love the epic, dramatic storytelling and over the top bosses of the Metal Gear Solid games. 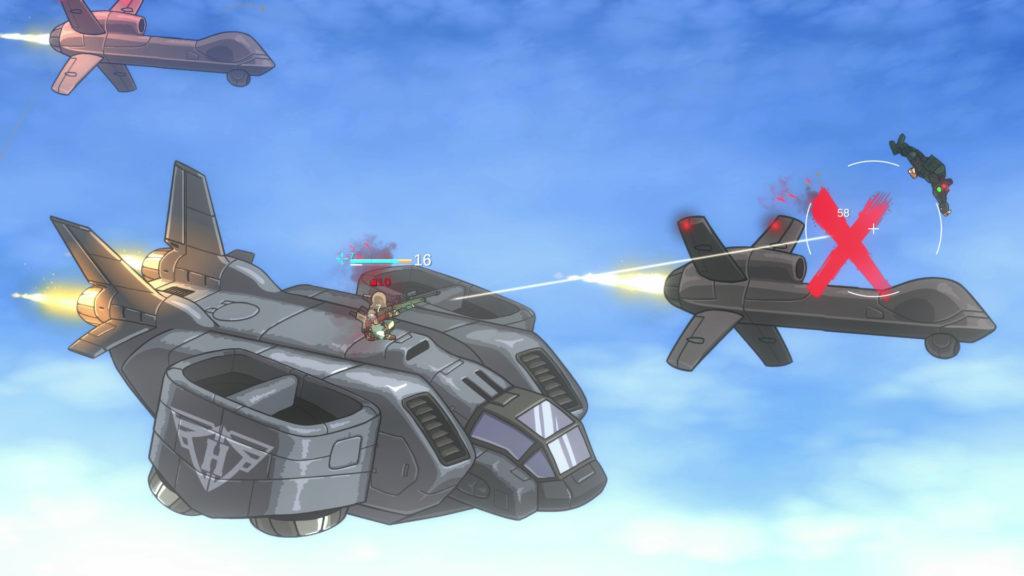 We took all that inspiration that was always the DNA of Strike Force Heroes and just dialed it all up to 11. Now the art could be super detailed for 4K displays, we could have physics objects in the environments, and dynamic lighting with particle effects!

We could have the classes be more defined with characters, personalities and unique abilities. The story has been rewritten to include fully animated cutscenes and crazy new boss battles! 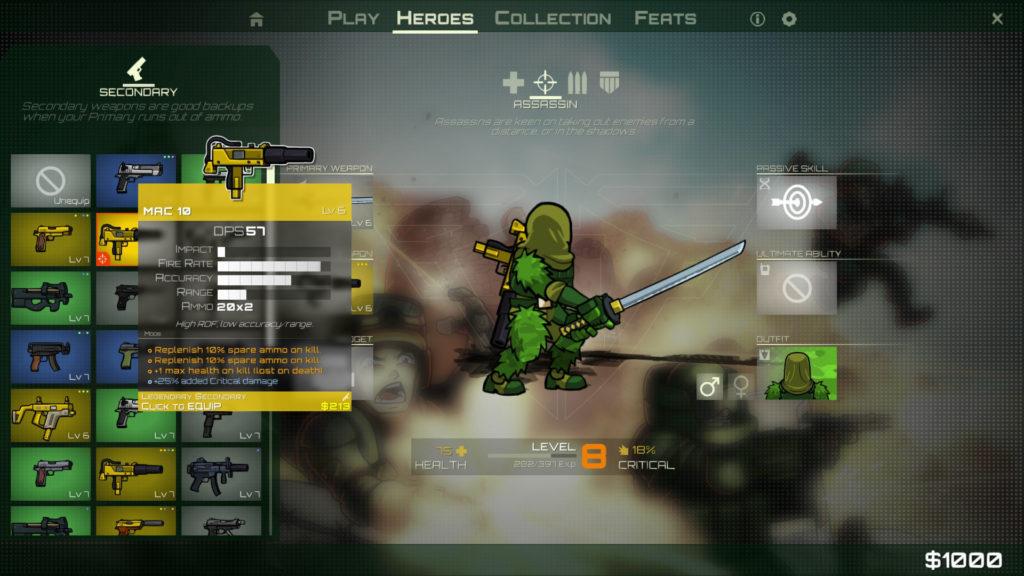 It was very important for us to maintain the look and feel of the original Flash games and to that end, all of the art has been created using Adobe Animate, the successor to Flash.

One of the biggest hurdles for any Flash game was always performance and with Unity easily offering 60fps+ with split screen and AI bots, that was a thing of the past so we could focus on making the best looking version of Strike Force Heroes possible! Now with the ability to right click!

We were fortunate enough to get all the talent from the original games back: the iconic theme song, the intense music from Waterflame, and the one of a kind voice acting from Sean Chiplock are all back to really put as much heart and soul into this love letter to a bygone era.

We’ve just passed our funding goal on Kickstarter which means we’re officially headed to Steam but as we hit those stretch goals, we hope to be able to bring SFH to consoles, and as many players as possible!

Strike Force Heroes is currently on Kickstarter with 16 days to go as of this writing. Check out the game’s Steam page here.

For more game previews and features, check out the Into Indie Games home page!