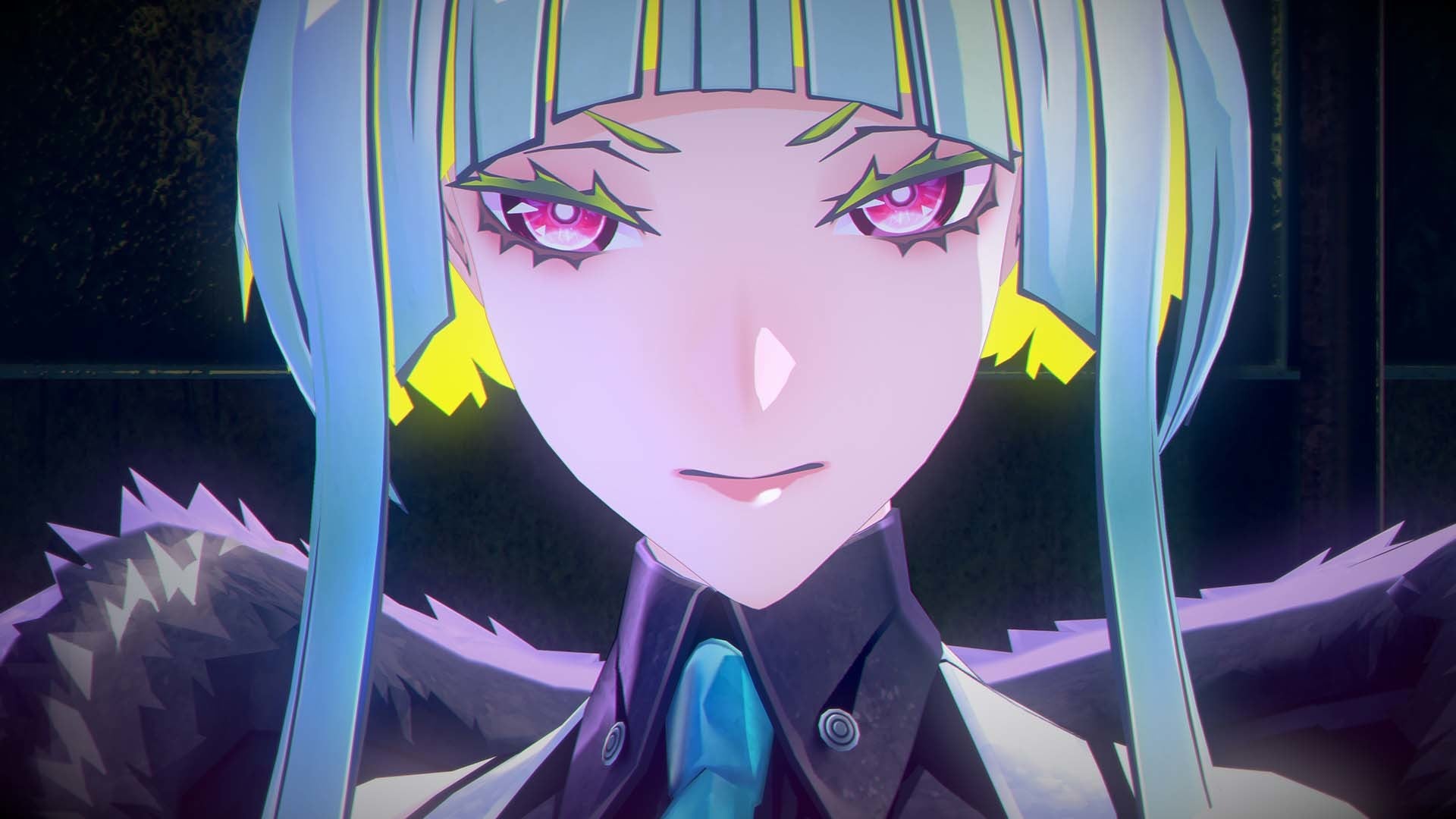 After laying pretty much dormant for 25 years, Soul Hackers is an unexpected series for Atlus to try and bring into the modern age. While it doesn’t take any risks or bring anything new to the JRPG table, Soul Hackers 2 is enjoyable enough to justify that long-awaited revival. It may be held back a bit by its uninspired level design and turn-based battle mechanics, but the story still shines bright enough to help carry it thanks to a diverse cast of characters and engaging themes about what it means to be human.

Soul Hackers 2 may technically be a sequel, but it smartly serves more as a soft reboot, benefitting players who are hopping into the franchise for the first time. Created as an agent of a near-all-knowing artificial intelligence, you play as Ringo, a charismatically curious human construct who is sent on a mission with their partner Figue to change the future and save the world from being destroyed. Ringo brings an intriguing perspective while saving the world, trying to learn more about both it and the human race while doing so. Throughout the story they learn more and more about humans, why they’re important to save, and why their flaws matter, and it was fascinating to watch them go along that journey.

Even with the knowledge that Soul Hackers 2 and its predecessor are hardly connected, it is worth mentioning the change in tone between them. The original presented itself as dark and grimy while the sequel is bright and flamboyant, exploring bustling locations in Japan to shop, upgrade weapons, or complete requests. It feels like Atlus wants to shift this franchise into a new light, and while this updated style does bring more flashy flair, it doesn’t seem to have much other benefit to it. The minute-to-minute gameplay is eerily similar to Atlus’s other modern JRPGs, which leaves Soul Hackers 2 without the ability to stand out from the pack.

The overall plot serves as a rather generic “end of the world'' scenario, a popular trope for both JRPGs and Atlus games alike, but having those stakes laid out in the opening cinematic halts much of the urgency or evolution to it. The main focus, however, are the party members who are dealing with the struggles in their personal lives. Unlike most other Atlus JRPGs, the party members that joined up as companions during my near-60-hour adventure were introduced pleasantly early on, allowing me to familiarize myself with them for a longer time. Milady, the passive but passionate assassin of the group stood out to me due to her interesting relationship with a few key characters, but I believe that the fan favorite will end up being the selfish-but=loveable detective Saizo, who is fighting to reconcile his relationship with his ex-partner.

Each of party member quickly caught my interest early on.

Each of them quickly caught my interest with their polarized perspectives on both the world and the ongoing threat at large – personified by a villian poignantly named Iron Mask. Iron Mask’s goal is to collect five spectral beings called covenants, which will allow him to summon an entity known as “The Great One” and destroy the world. That may sound one-note, but some genuine surprises and relationships Iron Mask has give him more depth than you'd expect (even if the plot takes some hits for it in ways I won't spoil). The story likes to present itself as something more intimate between its small group of intriguing characters, but that focus can feel out of place considering how big the stakes are from the get-go. And despite the lengthy play time, a few major character moments don’t feel entirely earned because certain subplots aren’t given the time to fully flesh them out.

Soul Hackers 2 is more or less split into two parts. There are Japan’s dungeons, which progress the main plot as you complete them, and the Axis, which lets you delve into a “Soul Matrix” – an optional datascape dungeon for each character in your party. While it is not an absolute necessity to complete each Soul Matrix, you do pick up some useful new skills, and I found that they contained the biggest and most important chunk of each character's backstory. If I weren’t completing each new floor as they unlocked, there would have been several character moments later on in the main story that wouldn’t have resonated on the same level.

Each Matrix gets a new floor when you reach a specific part of the campaign, but there are several gates that can only be opened once you hit a required soul level with that character. These soul levels can be increased when selecting certain dialogue choices that are supported by that party member or by having a drink with them at the local bar. Getting to spend extra moments with each character and learn more about them through these interactions is where I found myself experiencing a deeper and more profound connection with my party members.

Your party consists of Devil Summoners, people who forge contracts with demons to gain their abilities. When exploring dungeons, the demons that made up my team would place themselves at different locations as I scoured my way through. Whenever I spoke with them I was given a bunch of rewards, including upgrade materials, items, healing, and even the ability to recruit a new demon. I always felt rewarded by finding these conversations, and each demon has a unique personality that brought additional charm whenever a new one joined my team.

Every single level was underwhelming to explore.

The dungeons themselves, however, left much to be desired. Every single level was underwhelming to explore, which is a real shame knowing full well what Atlus is capable of from other JRPGs. Levels either contained no puzzles at all or, when puzzles were present, they felt like more of a distraction to slow me down rather than an engaging, gratifying challenge that I wanted to overcome. Variety between the designs is also stagnant; there are several dungeons that take place in similar-looking underground railway locations, as well as the Soul Matrix that is visually identical as you descend to a new floor.

Combat in Soul Hackers 2 is very familiar if you’ve played a Persona game or Tokyo Mirage Sessions, but doesn’t meet the depth of what came before it. Atlus loves to try out new battle mechanics that you must master in order to maximize your combat effectiveness in every game, and Soul Hackers 2’s flavor of this is building a demon stack. Initially, a stack is made whenever you hit an enemy with their weakness, and at the end of every turn you perform a sabbath – an all-out attack where all the demons in the stack assault the enemies. It’s a fun mechanic that gets the job done, but doesn’t stay consistently engaging due to lack of growth over the campaign. As my party members gained summoner skills by progressing through their respective Soul Matrix, they learned other ways to build a stack, but even with those new additions I never saw a significant increase to my stack count.

One of the few things that is unique to Soul Hackers 2 is sabbath skills. These abilities can be used to add another effect to the team assault, like dealing more damage or healing your party. By going to the local circus I could fuse my demons into stronger ones, while going to the local weapon smith would let me gain commander skills, like being able to change demons on the fly or adding more to a stack. However, similarly to the stack mechanic, these features were introduced so early on that it started to get stale by the time I got to later sections.