The impeccable graphics and thought-provoking narrative shine so brightly in this puzzle/adventure title that the game’s defects, like the frustrating lack of direction, stand out in grimy, stark contrast. The moment I began playing, I was under the aquatic world’s monochromatic and disquieting spell. However, the magic was continuously dispelled as I increasingly encountered imbalanced challenges and tedious objectives.

Silt is undoubtedly one of the most beautiful games I’ve played this year. Its underwater world is brought to life in shades of black, grey, and white. But though the color palette is limited, it is applied masterfully. Inky darkness gives way to foggy gloom, which is pierced by brilliant illumination. The artistic visuals are meticulously detailed. Every feature and figure is shaded and ornamented in ways that make me stop and admire the screen instead of moving to my next objective. One moment, I swim along an ocean floor choked with reeds; in the next, I emerge from the gaping mouth of an inert, needle-fanged monstrosity, and both scenes equally demand my attention. The graphics’ dark and light motifs also spill over wonderfully into the game’s exploration of those themes. 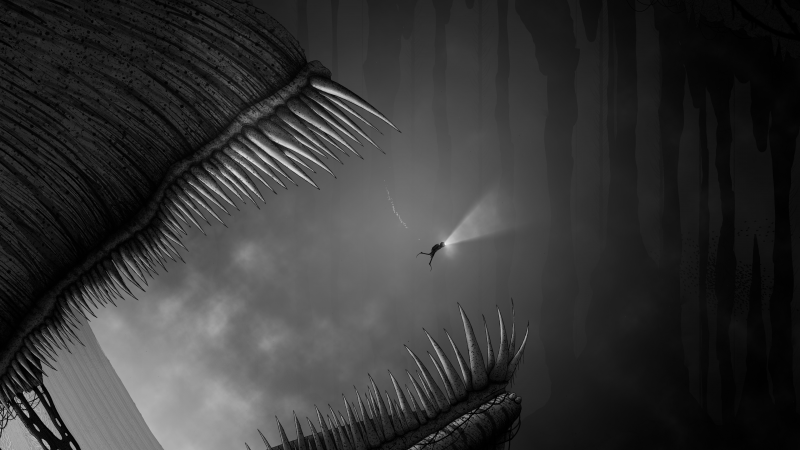 I begin my adventure with a few ominous and poetic lines written across the screen. They are not words of encouragement. Rather, they point the way to power with instructions, ending with the phrase “seal my fate.” It’s a captivating opening. However, more simply put, the object of the game is to solve puzzles and defeat several watery bosses with wit rather than combat in order to bring a mysterious machine to life.

Soon after the words vanish, a diver’s limp silhouette appears and flickers to life as a glowing light fills the helmet. I quickly learned I could force this light from my diver’s form into the body of the surrounding aquatic life, thus gaining their powers until I chose to return to the humanoid swimmer. The implications of manipulating other beings to suit my purposes are unnerving and fascinating. And the game dives even deeper into them as it exploits one thing video games can inspire that other, non-interactive, forms of entertainment can’t: guilt. 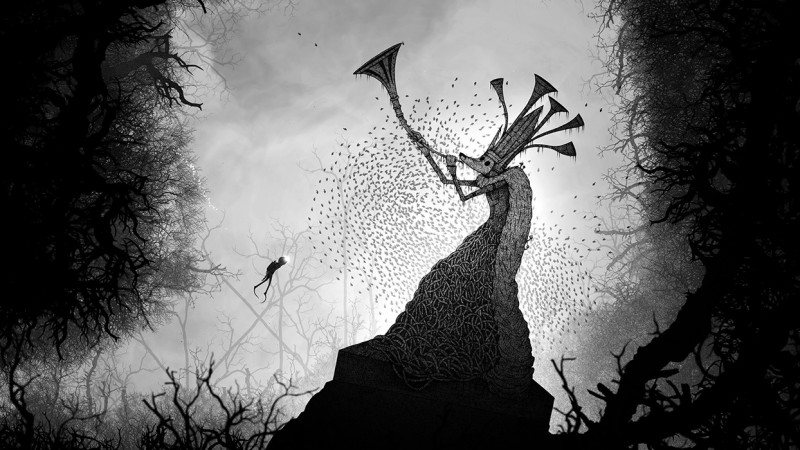 To solve puzzles that let my swimmer move to the next objective, I often have to possess the fish around me. In the beginning, that meant borrowing a toothy fish’s fangs to cut a progress-blocking rope. However, as the game goes on, I increasingly have to put the creatures I control into harm’s way and, eventually, outright sacrifice them for my greater good. Encountering a puzzle that required me to lead a school of fish into the hungry maws of carnivorous plants, I hesitate. Realizing I have no choice if I want to go on, I doom the trusting, harmless creatures. My growing suspicion that I’m not the good guy here is confirmed, and I love it. It’s satisfying whenever developers take advantage of gaming’s ability to make me, the player, complicit in what is happening, and it’s a perfect tool to draw me further into Silt’s mysterious and eerie plot.

Sadly, these moments of beauty and contemplation are soon muddied by poor design. Eschewing any form of HUD to leave the art uncovered makes for a stunning experience, but in this case, it also contributes to the player’s confusion. Problem-solving is vital in a puzzle-centric game like this, but many times in my playthrough, I just couldn’t figure out what to do next. A helpful nod from the camera or an extra bit of lighting might have been an enormous help, but I frequently found myself floating, aimless and irritated, through the world for any clue as to what I should be doing. 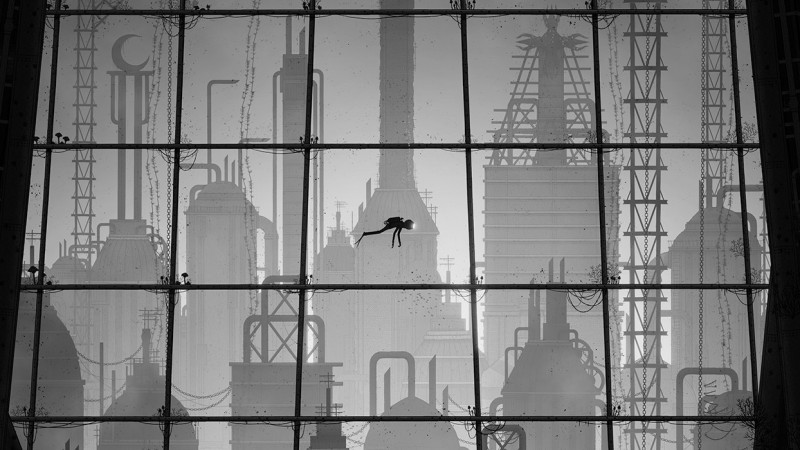 Many challenges are also tedious. For example, there’s a room where I could possess a stingray-like creature with a teleportation dash I could use to fly past several predators, grab an exploding creature, and clear the dangerous path for my diver. Annoyingly, I had to go through the long process of taking control of each stingray and destroying each predator one by one, doing the same things over and over again before moving on. It took an aggravatingly long time, and anytime I failed – which felt unearned most of the time – I needed to start it all over again.

Because of everything that is spectacular about Silt – its stunning art style, atmospheric environments, and pensive story – I wanted to love this game. It just wouldn’t let me. Exasperating puzzles with little guidance frequently slowed my progress to a halt and left me banging my head against a wall. Even so, I still encourage players to pick up the title, if for no other reason than to experience so gorgeous a game.

One thought on “Silt Review – Glittering Through Muck”