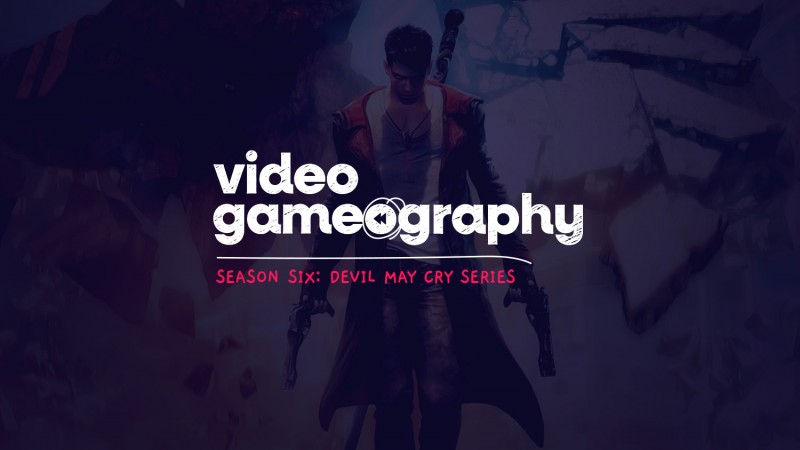 Let’s rock, baby! Season 6 of Video Gameography gets stylish as we examine the Devil May Cry series! Over the next few weeks, we’ll be covering the history and lore of Capcom’s premiere action franchise. Today we examine the franchise’s boldest, most divisive, but arguably strongest entry yet in DmC Devil May Cry.

Desiring to shake up the series, Capcom turned to British studio Ninja Theory to reboot and reimagine Devil May Cry. Encouraged by the publisher to be as wildly creative as possible, the team behind Heavenly Sword and Enslaved: Odyssey to the West dreamed up a grittier version of Dante who inhabits Limbo City, a world existing in parallel with the demonic realm. This relationship spectacularly manifests in the city itself coming to life, shifting its buildings and roads to hinder and assault the demon slayer.

Sporting jet black hair and the ability to tap into angelic and demonic powers, this new vision of Dante garnered heaps of vitriol from fans who saw DmC as too drastic of a departure, despite the game launching to rave reviews. In this episode, we’ll examine how DmC came to be, the role Capcom played in the game’s wildest ideas, Hideaki Itsuno’s reaction to the project, the backlash Ninja Theory endured, and give our overall impressions of the narrative and gameplay.