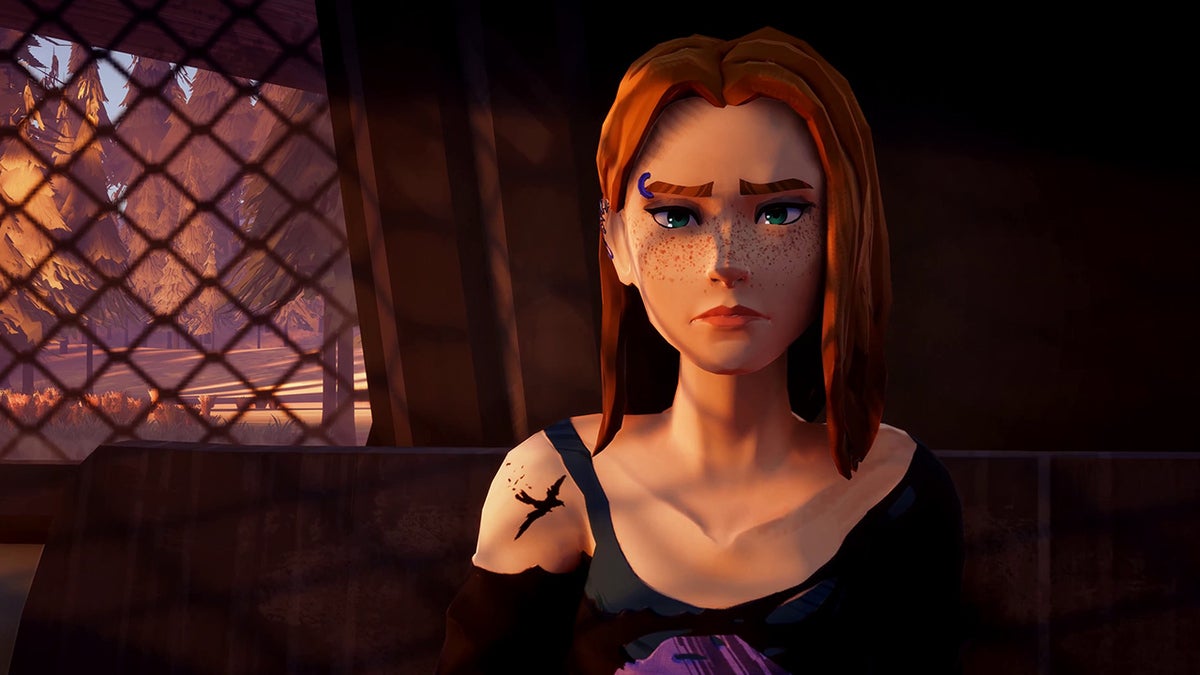 Normally, the toughest decisions to be made on a cross-country road trip amount to which salty snacks to stock up on at the service station and who gets control of the radio, but navigating your way along Road 96 takes you down a series of highways with significantly higher stakes. This narrative-based adventure makes an unlikely marriage out of a Telltale Games-style approach to choice and consequences and the procedurally generated repeat runs of a roguelike, somehow making it work as a mostly cohesive and consistently captivating journey through to its final destination.

It’s a trip that succeeds largely due to the appeal of a recurring cast of central characters that you meet as you head north in an attempt to cross the border and escape the fictional country of Petria. Set in the nineties but seemingly inspired by Trump’s America, Petria is a nation divided, and thus the people you meet sit on varying points on the political spectrum. They range from a hilariously vapid right-wing journalist to computer hacking anarchist and Travis Bickle-esque nihilist, the latter of which supplies Road 96’s most menacing moments as you try and talk your way out of a number of simmering situations at gunpoint.

It’s not all life-or-death, but certainly some care has to be taken to keep certain characters onside and also propagate your own political beliefs, both of which shape Road 96’s eventual outcome. Alleviating any anxiety brought on by constant decision making are a healthy variety of fun side activities at each stop along the roadside, whether it’s bartending and petrol-pumping minigames to earn extra money, or assisting a policewoman with an investigation by interviewing motel guests and eliminating suspects based on their responses, like a game of Guess Who? Some of these diversions are pretty far-fetched – like when I had to beta test a homebrew video game on a laptop while driving a stolen car – but no less entertaining or memorable.

On the Road Again

Each journey to the Petrian border takes up to an hour and can culminate with you successfully fleeing the country, but it can also end in arrest or even death at any point along the way, depending on your actions. Regardless of how your run ends, you begin again as another anonymous member of the disenfranchised youth and take consecutive shots at freedom as the days and months tick down towards Road 96’s climax: the Petrian presidential election. These recursive runs reveal more about the main characters each time, thrusting you into new interactions with them in randomised sequence without ever repeating any given scenario. One moment you might be supervising a wall of security camera feeds to help a pair of hapless robbers, while a few more miles down the road you might find yourself standing in as a cameraman at a pressurised political rally. All the while, Road 96 continues to swerve from one surprising situation to the next.

Road 96 continues to swerve from one surprising situation to the next.

Subsequent scrambles towards the border are given added flexibility as you unlock power-ups that persist between runs, such as a lockpicking skill to steal cash out of office drawers or a cleverness boost that unlocks additional dialogue options. Over time, the connections between Road 96’s main characters are revealed, and although there were no shocking plot twists I still enjoyed unravelling the mystery surrounding a certain major tragedy in Petria’s past that defined the disparate ideologies of its inhabitants.

There’s also some light strategy involved in determining exactly how you’ll proceed from one stop to the next. Catching a bus or calling a taxi gives you the opportunity to rest and recover lost health, but both cost money, which is in extremely limited supply. Whereas walking or hitchhiking are free, but the former saps you of health while you never know exactly who is going to pick you up during the latter – a lift from a truck driver might be fairly sedate, or it could spiral into violence as you’re forced to help him defend his cargo from bandits. Managing health and cash reserves is crucial in determining how you’ll cross the border to freedom should you make it all the way north, since you’re presented with multiple options that range from enduring an arduous hike over the mountains or simply bribing a border patrol guard to look the other way.

Thumbing for rides wasn’t the only kind of hitch I experienced in Road 96, though. Outside of the main characters, there are only a small number of faces reused for other Petrian citizens you meet, which makes it seem a bit like you’re caught in a transcontinental Truman Show each time you travel from a budget motel to a burger joint and the proprietors and patrons all resemble the same small supporting cast. Meanwhile, anytime you’re actually out on the road there’s a weirdly unnatural way that trees and billboards sprout up into existence as you head toward the horizon that distracts somewhat from Road 96’s otherwise vibrant vistas.

There’s also the occasional inconsistency between story runs. For example, at the end of one run I opted to stowaway inside the back of a delivery truck to get across the border, and only just survived because I had built up enough health to hold my breath for the full duration of a spot check from the border patrol guards. However, my immediate run afterwards opened with a GNN news bulletin about a teenager who’d been caught hiding in the back of a truck and arrested. There were certainly times where the seams between the complex patchwork of Road 96’s story segments were more visible than others, but thankfully these incongruous moments merely amounted to minor potholes rather than major plot holes.

Potentially more damaging is the way that dialogue options hover beside the character you’re speaking with, and thus have a tendency to move around the screen whenever a person wanders. At one point late in the game I was asked to describe the appearance of a certain character, but the dialogue boxes jumped suddenly as I chose my reply and I ended up clicking on the wrong one, at which point a giant ‘The killer’s appearance remains unknown’ message popped up onscreen. I can only wonder how dramatically different things would have played out had I made the choice I’d actually intended at that moment, since I was never given the opportunity to identify them again.

Ultimately I was satisfied with how my eight-hour journey through Road 96 resolved. Which is just as well, since according to the developers there are somewhere in the vicinity of a thousand different potential routes to take due to the procedural nature of Road 96, and there are no do-overs short of starting all over again. When you have a form of storytelling that hinges so precariously on choice, it’s a shame that the balance can be upset by such a simple quirk with the interface.