Bloomberg posted a new report about Grand Theft Auto 6’s development, based on sources close to or within Rockstar Games. The details discuss how a revamped and improved studio culture has influenced the game’s design, including its playable protagonists, writing, and tone.

GTA 6, which Rockstar confirmed was in active development in February, will reportedly star two playable bank robbers in a Bonnie and Clyde-inspired tale, and the female protagonist, a first for the series, will be Latina. The game is set in a modern-day, fictionalized Miami and its surrounding areas, which signals a return to Vice City. Despite being set in a single city, the game is said to already have more interior locations than any GTA game. Still, the studio plans to regularly update GTA 6 over time to add more missions and even cities. Bloomberg reports that GTA 6 may arrive sometime before March 2024. However, sources tell the publication that some developers within Rockstar are skeptical that the game will hit that timeframe.

The report also states that GTA 6 was initially codenamed Project Americas and has been in the works in some form since 2014. However, development proceeded slower than usual, partly due to Rockstar’s desire to adopt healthier work schedules to avoid crunch, especially in the wake of workplace abuse reports that arose during Red Dead Redemption 2’s development. Rockstar has enacted policies such as converting contractors to full-time employees, hiring more producers to reduce workloads, improving mental health benefits, and has weeded out problematic staff members. Studio morale has reportedly been very high as a result of these changes. 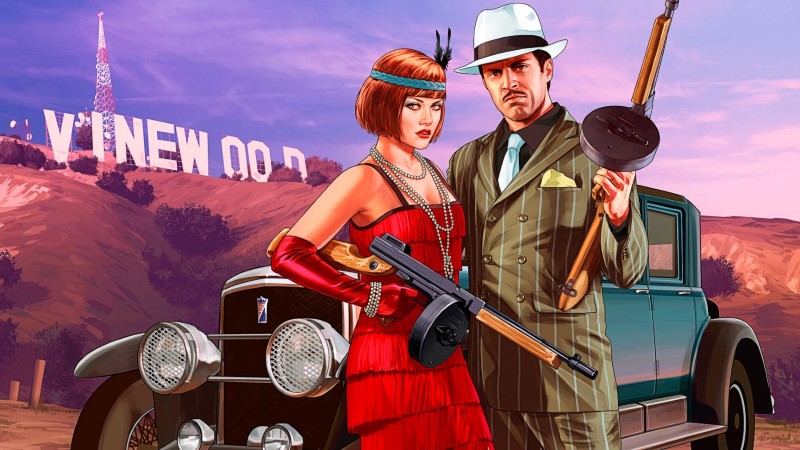 This move is part of a larger, more progressive restructuring at the studio to erase what one source described to Bloomberg as a “boy’s club” culture. This reframing has reportedly influenced the content of its games, especially in the wake of American culture in the past few years. Rockstar co-founder Dan Houser spoke in 2018 about the challenges of lampooning the distressing absurdity of modern America. Bloomberg reports that Rockstar has reexamined the type of writing and humor it’s criticized for in the past to be more culturally sensitive. That includes avoiding misogynistic portrayals of women and jokes that ridicule marginalized communities.

Bloomberg’s story reveals one example of this new mindset. Rockstar had developed a team-based Cops and Robbers-inspired mode for GTA Online called Cops’ n’ Crooks. However, the studio decided to shelve this mode in the wake of the 2020 murder of George Floyd by a police officer and has not made plans to release it since.

If these reports are accurate, Grand Theft Auto 6 may be a very different game from a tonal standpoint compared to previous entries. The departure of lead writer Dan Houser in 2020 has undoubtedly had an impact, and it will be curious to see a GTA game without his narrative touch (or, perhaps, less of it). Rockstar valuing a healthier work/life balance is undoubtedly good to hear. Time will tell how these new changes affect the hotly anticipated game and the studio’s future.