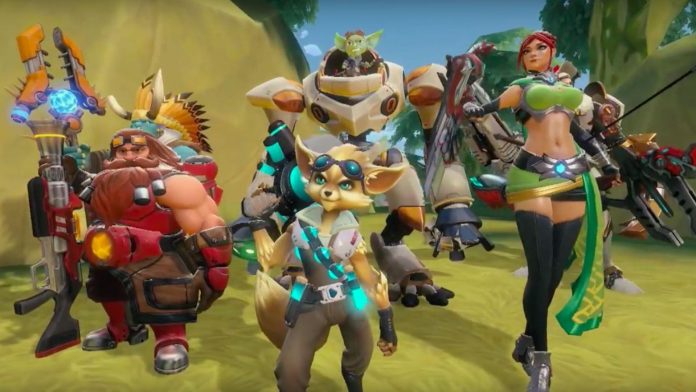 September 26, 2016 – Alpharetta, GA – Today Hi-Rez Studios announced that the first ever Paladins Invitational, to be held at  Hi-Rez Expo January 5-8 2017, will include not only teams from North America and Europe but also teams from Brazil, Latin America, Australia/New Zealand, and China. Hi-Rez Studios’ new fantasy themed team based shooter Paladins recently transitioned into Open Beta including Early Access availability on Steam.  Within the first week of Early Access Paladins rocketed into Steam’s Top 10 Games by player count and the Paladin’s global community is growing rapidly.

“The Paladins Open Beta had an explosive first weekend with well over 100,000 new accounts created in the first 24 hours”,  said Todd Harris, Hi-Rez Studios co-founder and COO. “We’ve also seen a very strong interest in Paladins from competitive players and esports organizations worldwide and are therefore extending the Paladins Invitational to include more regions and more teams”

Hi-Rez Studios global partners Level Up, Double Jump, and Tencent will be overseeing regional tournaments in Brazil/Latin America, Australia/New Zealand, and China respectively to determine which teams from those regions will make their way to the $150,000 Paladins Invitational in Atlanta, Georgia. The opening matches of the Paladins Invitational will feature 8 teams battling it out to see who eventually makes it to the finals and the ultimate crowning of the best Paladins team in the world will be broadcast live from the Cobb Energy Center.

You can purchase tickets to see all of Hi-Rez Expo live at  www.hirezexpo.com  and viewers from home will be able to view the action from  www.twitch.tv/hireztv .

About Paladins
Paladins is a team-based shooter with strategy elements and deep character customization through it’s unique use of collectible cards. These cards amplify and augment a character’s core set of abilities in many interesting ways. Paladins will be free-to-play for PC and current-generation consoles and is currently in beta.www.paladins.com