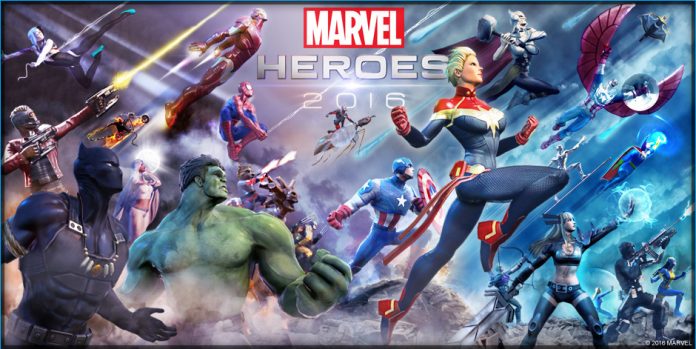 Like Spider-man going from one skyscraper to another, Marvel Entertainment is not only soaring high in movies and television, but in the game world as well. From action to mobile games to MMOs to even Legos, the super heroes of Marvel are on fire. What has helped immensely with the quality of the game is that the games are not hopelessly tied to movies or television. That has been the kiss of death for many great movie franchises as movies do not translate well into games. Instead, it is better to build around characters to make the most fun game possible with gamers in mind.

For example, Marvel has just announced they will publish a spin-off of sorts from their mega popular Deadpool franchise: Deadpool the Duck hailing from almighty Duck World. With Howard the Duck being the first Marvel character to receive a full featured movie, don’t be surprised to see a game in the future that revolves around Duckworld with characters such as the aforementioned Deadpool the Duck and Ducktor Strange.

Marvel has used this formula successfully for years and has helped modern gamers become familiar with super heroes and villains that have not had a lot of coverage in many years. Marvel Heroes, in particular has been very adapt in “introducing” less known characters to new gamers. In one of GameOgre’s most popular giveaways ever on the forum, Marvel Heroes gave away a free random character. While many were getting heroes like Hulk and Thor, I ended up with the tough ever dangerous tower of power known as…….Squirrel Girl. Despite being familiar with many known and lesser heroes, I had a received one that I have never heard in my life. However, that does not mean that Squirrel Girl can not develop into an epic character as the subject of movies and games someday.

Other current Marvel Games include Marvel: Ultimate Alliance, Lego Marvel Super Heroes, Online Marvel Slots, Marvel Pinball, and Marvel Future Fight. Of these, Marvel Ultimate Alliance and its sequel had problems at launch but have since been fixed. The other games, especially Lego Marvel Super Heroes, have found success within a nice niche. The Marvel IP can spread itself well over various gaming niches and platforms. For example, super heroes are doing well on mobile devices with apps such as the aforementioned Future Flight, Avengers Academy, and Contest of Champions.

Upcoming games are not as clearly defined, but there are a couple of possibilities on the radar screens of gamers worldwide. There is potential for an epic version of Spider-man and a 2017 game project with Telltale games at the helm. Telltale makes story driven adventure games based on famous entertainment franchises such as Minecraft, Game of Thrones, and Batman. This partnership could be very lucrative if several Marvel super heroes have games separately. Who knows, Squirrel Girl may even make an appearance. Are there any super heroes or villains from the Marvel Universe that you would like to see in an upcoming game?