Madness: Project Nexus is a run ‘n gun/beat ’em up with arcade-style action and intense combat. You will shoot, stab, bash, chop, and slaughter your way through three game modes: a story campaign, arena combat, and an open-ended playground.

The game was released in September 2021, after being in the works for seven years. It has found itself a sizeable and dedicated fanbase, accruing over 8,000 Steam reviews with an Overwhelmingly Positive rating.

Developer Matthew “Krinkels” Jolly has penned the post below, describing the game’s origins on Newgrounds and towards the game as it exists today. 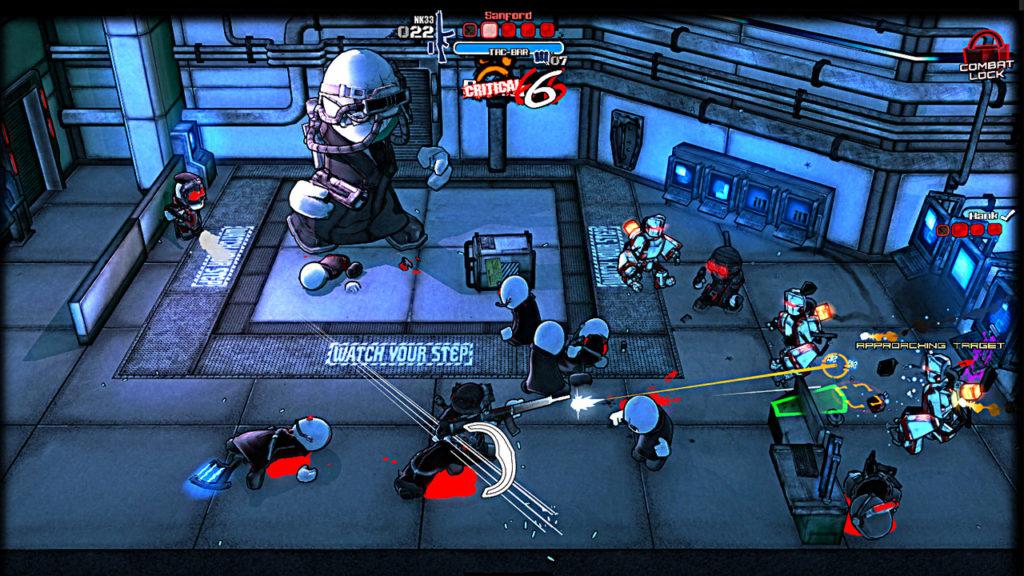 Tom Fulp’s Newgrounds.com is a site that altered the trajectory of my life.

When I found it back in ’99. I was absolutely fascinated by what was being posted there. Animations and games being generated by individuals with software on their personal computer, and anyone who cared to look at it, could. When Tom developed the Portal on Newgrounds, a first-of-its-kind repository for user generated content, it was an open invitation; anyone who could get their hands on the software and create, could have their work hosted there.

Twenty years ago I stumbled into it, and uploaded the start of a series I called “Madness Combat”. I would go on to utilize the musical talents of my friend Sean Hodges, who to this day still contributes to the animations. 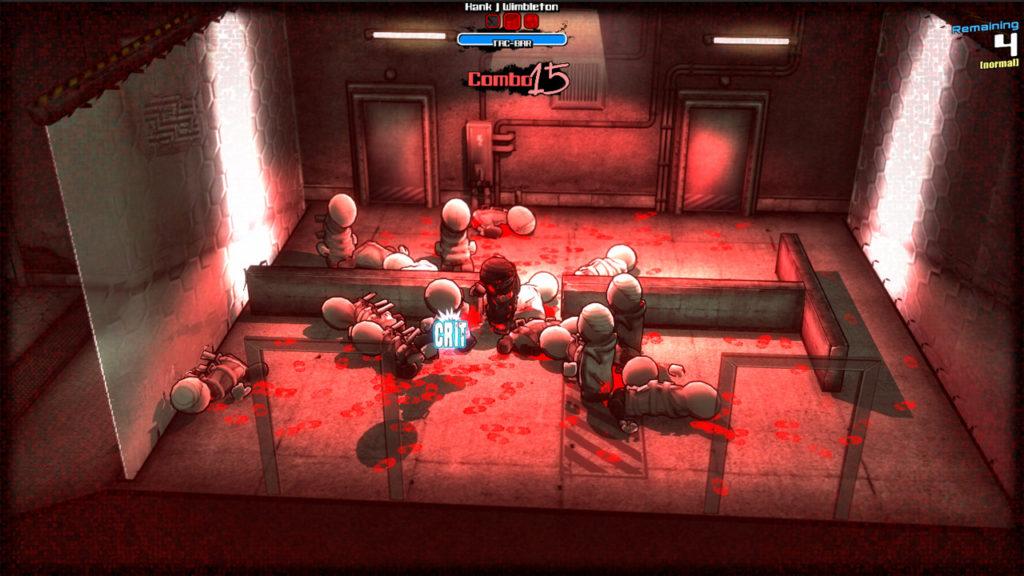 Madness: Project Nexus is a sort of ‘summit’ of the series. Back in 2012, I teamed up with fellow Newgrounds content creator Michael Swain to develop a Flash game of the same name. We were thrilled to see it well received by the fanbase, but in 2013, Flash game advertising revenue was becoming unviable, and so we set our sights onto the retail market

This pressure would go on to create a formidable learning process. We began work on studying Unity and Blender, and would assemble a Kickstarter in 2014, showcasing our intentions of developing a proper 3D game to serve the series with more lore, and a lot more violence. People weren’t just sitting through an advertisement to play our game now – they were paying real money for it. We had to sharpen up. 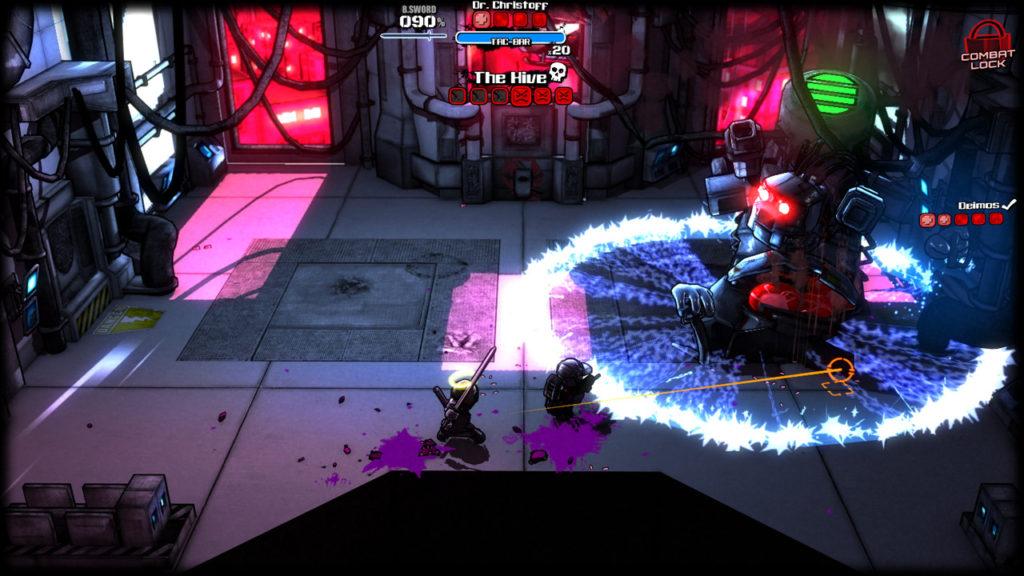 Madness Combat is and always was a sort of love letter to action movies of the 80s and 90s. Movies like Equilibrium, Blade, The Matrix, and The Terminator. The protagonist alone contains a lot of DNA from the leading role of movies like this.

Mixed in are a lot of the tremendously weird influences that defined Newgrounds and which led to Madness Combat being what it was. Swain and I are huge fans of games like Smash TV, and Hotline Miami – the old, simplified, top-down, run and gun style of high spectacle, high carnage action.

We wanted oversized enemies that would absolutely menace the player and take center stage in the combat loop. We wanted bodies flying apart and spraying cartoonish viscera all over every available wall. We wanted the escalating power of weaponry made available to the player making them feel formidable against harrowing odds, as well as goofy humor to flutter around the whole thing. 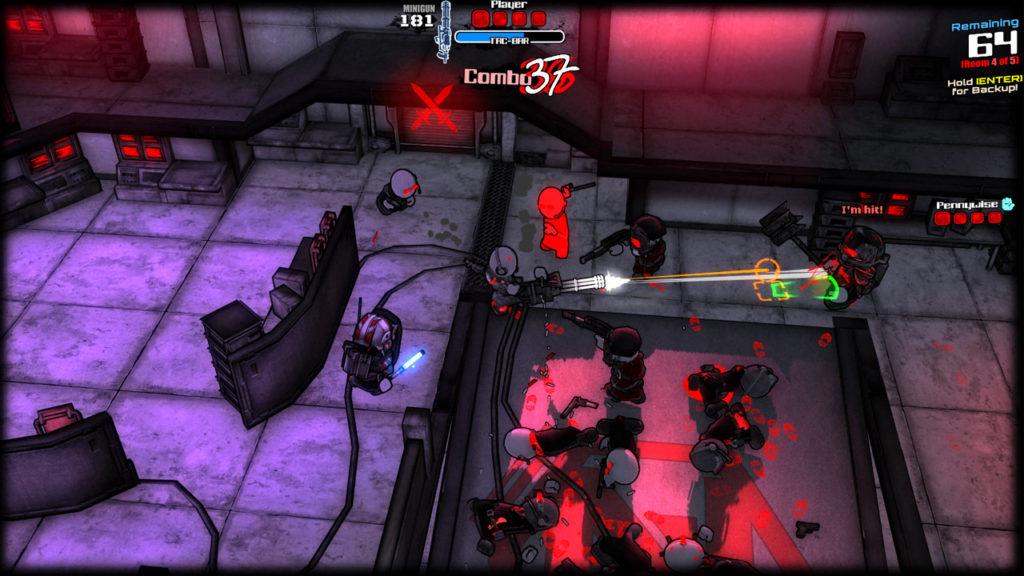 The crazy thing is that what we wound up with was far, far more substantial than what we had intended to create in 2014.

The culmination of endless brainstorming and Michael Swain’s writing caused Arena to turn into a story every bit as compelling as the games main campaign (if not more so).

The combat went from a serviceable button masher to a far more thoughtful violence engine, mindfully balancing hand-to-hand, against melee, against firearms. The maps and combat arenas went from drab grey boxes to a well detailed, multi-faceted city where the numerous sectors would shine their distinct personality in visual/musical tone. 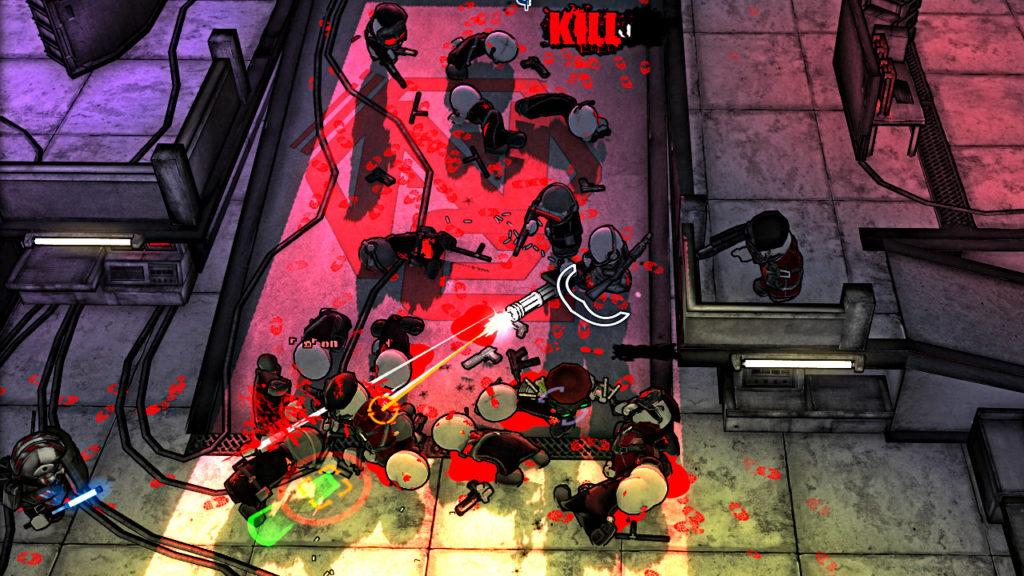 We didn’t land on the meta that would be seen at the end of the game’s development immediately, we had a lot of wiggling around with combat pacing. The earliest incarnations of the game lent to protagonist characters being functionally invulnerable to low-level enemies. We had discussed ways to make the common enemy deadlier to the player. Giving them the ability to stun lock, allowing them to manage their aggression in proportion to the number of enemies there are, and using the large variety of weaponry to escalate the danger over the progress of the campaign.

In some of the new content for the summer update for Madness: Project Nexus, you are playing as a wizard known in the Madness world as the “Magiturge”, and while it fits with the series, the games, and the narrative as a whole, during testing I am sitting here stupefied at the end game conversation with this character about the ‘meaning’ of the world they live in, and where this character finds themselves in it. 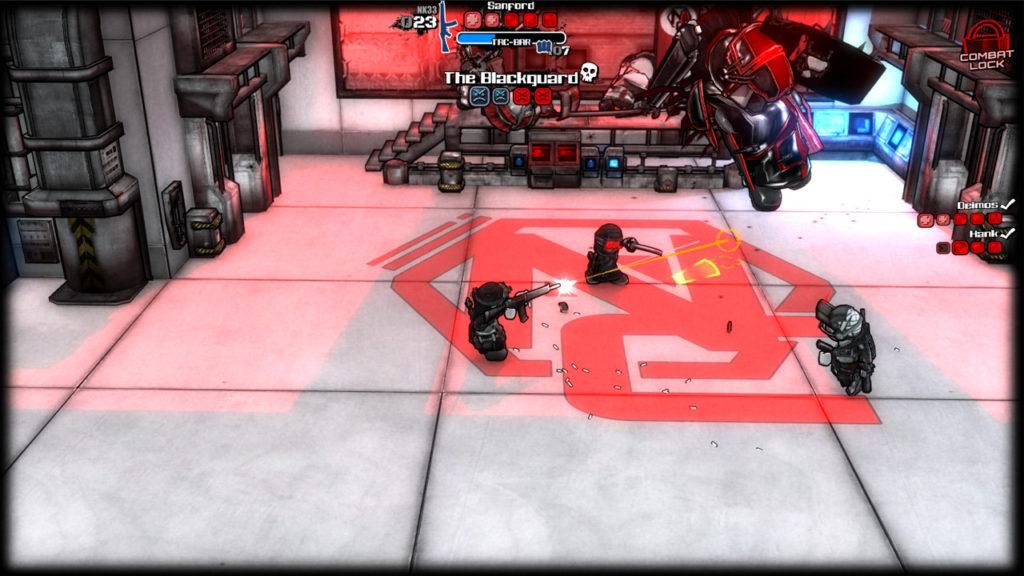 It’s absolutely mind blowing to me that a series I created two decades ago is held aloft by persistence, endless fan support (seriously, the volume of fan animations is such that I don’t think I can ever hope to see it all, but God help me I will try) and the introduction of other artists and coders to not only keep it alive, but to see it thrive.

You’ll find Madness: Project Nexus on Steam here. For more info, visit the official website here and stay updated on the game over at @MProjectNexus on Twitter.

For more features hosted on Into Indie Games, check out the Features page here!