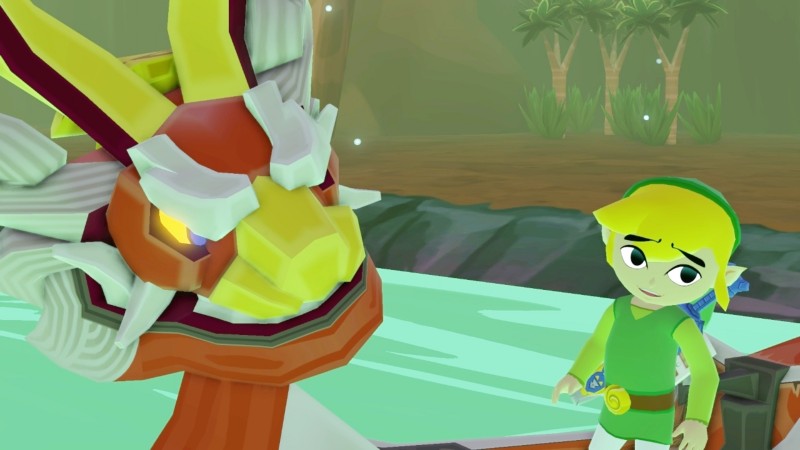 The Legend of Zelda: The Wind Waker is a beloved game in the long-running Zelda series, but when it was first revealed, the reception was mixed. Some were completely on board, ready for this new take on the franchise, while others weren’t too happy about the visual style of the game. The latter party apparently included Legend of Zelda creator Shigeru Miyamoto.

According to a translation of an old issue of Nintendo Dream Magazine by DidYouKnowGaming, Wind Waker director Eiji Aonuma said Miyamoto “literally cringed” when he first saw the game’s visual style, as reported by Video Games Chronicle.

“If I had gone and talked to him from the very beginning, I think he would’ve said ‘How is that Zelda?’.” Aonuma said in the magazine. “Miyamoto had trouble letting go of the realistic Link art style until the very end.

“At some point, he had to give a presentation against his will. That’s when he said something to me like, ‘You know, it’s not too late to change course and make a realistic Zelda.’”

Miyamoto is a legend, obviously, but it might’ve been a good thing that Aonuma trusted he and his team’s instinct and continued forward with Wind Waker’s art style – the game’s all the more memorable for it.

For more about Miyamoto, read how he wants to make the world a better place and then check out this story about how the latest Zelda, The Legend of Zelda: Breath of the Wild 2 (or whatever its sequel ends up being titled) has been delayed out of 2022 and into spring of 2023.

What are your thoughts on Wind Waker? Let us know in the comments below!