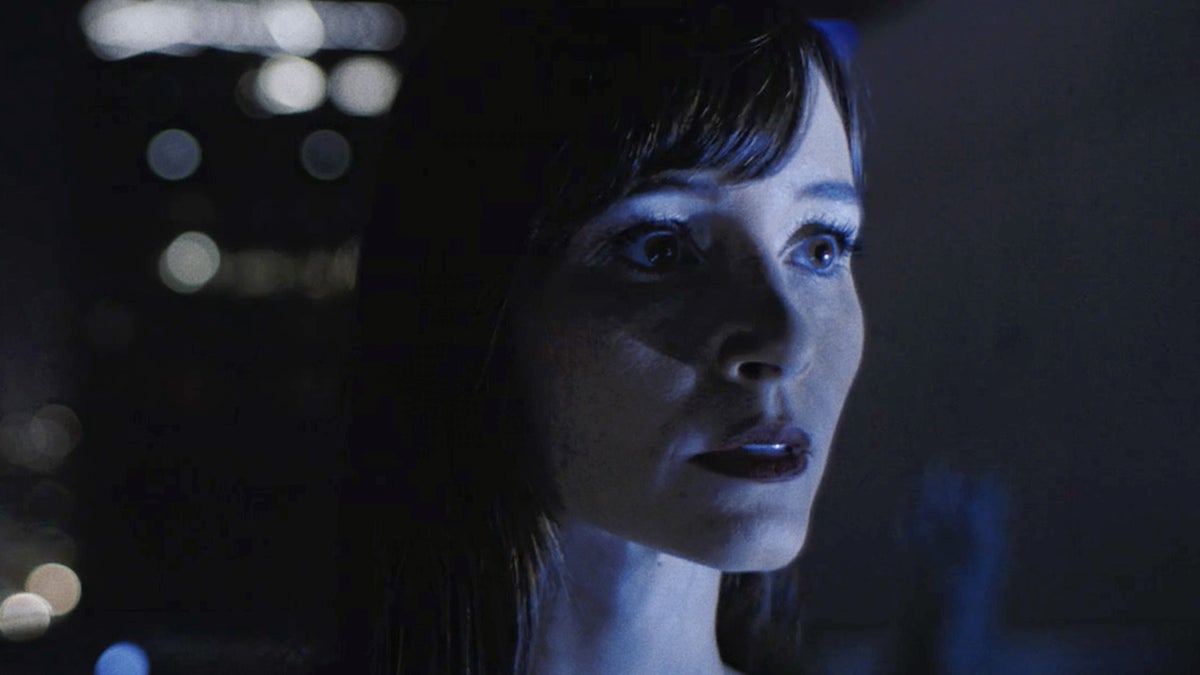 It would appear that the recent decision by Warner Bros. to scrap the release of its near-completed Batgirl movie was motivated entirely by boring old tax reasons, but what if there was something far more sinister at play? Such is the setup for Immortality, the latest investigative thriller from the makers of Her Story and Telling Lies, which had me scouring through an archive of FMV footage from three unreleased films in an attempt to discover exactly why they never saw the light of day. In spite of some surprisingly shallow search tools what followed was a thoroughly absorbing undertaking that began as a sort of jigsaw puzzle but morphed into the motion picture equivalent of a Magic Eye poster, and I sat completely transfixed as each piece fell into place until suddenly Immortality’s true subject snapped into focus and its shocking bigger picture was revealed.

Connecting the three unreleased films is Marissa Marcel (played by Manon Gage), a model turned actress who starred in each of the doomed productions and subsequently never worked again. She’s introduced in the opening clip of Immortality by way of a 1969 guest spot on a Johnny Carson-style talk show, charismatic and full of optimism for her upcoming big screen debut, but from there her ill-fated career is experienced as a jumble of out-of-sequence on-set takes, table reads, rehearsals, and 8mm home movies that span a 30-year period of time. Gage gives an absolutely electric performance in the main role and I couldn’t take my eyes off her, quite literally so since I had to scrutinise close to 200 clips of her by the time Immortality’s roughly nine-hour story had reached its end.

A feast of found-footage that was every bit as easy to buy into as the original Blair Witch Project.

The footage itself is utterly believable, not only due to the era-specific film stocks and aspect ratios used, but also a slew of smaller details – from the archaic bullying in between takes from a misogynistic director during the 1968 production of Ambrosio, to the perfectly cheesy turn of the century pop performance in 1999’s Two of Everything. There’s a rawness throughout that enhances this sense of authenticity even further, with actors struggling not to giggle at a naked cadaver before the snap of a clapperboard cues a dramatic scene in a morgue, and stagehands stepping in to rig primitive special effects. Immortality almost had me fully convinced that I was poring over a collection of lost clips from productions that actually existed – a feast of found-footage that was every bit as easy to buy into as the original Blair Witch Project – which made my efforts to piece it all together all the more determined.

Actually navigating your way through Immortality’s expanding catalogue of clips involves a process that effectively marries the whirring mechanical playback of an old-fashioned Moviola editing machine with the advanced AI-based image matching of modern search engines. You can scrub forwards and backwards at variable speeds, jump instantly to either end of a reel, or even go frame by frame. Such fine control over playback is paramount, since unearthing new clips demands that you hit pause and click on a face or prop in order to instantly jump to a matching instance in another piece of footage. I quickly found myself tumbling down rabbit holes and teleporting between time periods as I gradually reconstructed the plots of all three films and, more importantly, got a deeper insight into the relationships between the main players through candid moments that played out after the director yelled “cut.”

This setup may sound reasonably straightforward for a non-linear story, but there’s actually substantially more going on in Immortality than initially meets the eye. To go into too much detail here would be to disarm it of its most astonishing story moments, but needless to say there are subtle clues that point to more malevolent forces at play from very early on. These initially came in the form of doubletake-inducing flashes of horror while I was scrubbing through a clip at speed, which triggered alternate sequences featuring an enigmatic provocateur known only as The One (played by Charlotta Mohlin) when examined more closely. Mohlin is absolutely spellbinding in the role, and her increasingly ominous influence on your ongoing search paves the way for a series of chilling revelations and alarmingly eerie imagery that give the term ‘behind the scenes’ a disturbing new meaning.

Being able to criss-cross back and forth between footage by simply clicking on objects or faces may well be a more streamlined setup than the typed search terms of Her Story and Telling Lies, and it’s certainly far more controller-friendly for console players, but it can also be somewhat haphazard. Occasionally I would click on an object in the foreground, like a hand holding a keycard for example, only for Immortality to interpret that as me selecting the window behind it and thus match-cutting it to some random window in another clip. It was similarly disappointing whenever the cursor would change to indicate that a certain person’s face was searchable, only for it to just bounce me back into the sequence I was already in.

The image-based search function also means that Immortality feels oversimplified as far as the actual investigation side of things is concerned, and I got the overall impression that the majority of my discoveries came as a result of dumb luck as opposed to being the direct result of any real deduction. There were certainly a handful of memorable occasions when I felt rewarded for being eagle-eyed – freezing a frame in the split-second a character offscreen was revealed in a reflection, for example – but more often than not I just continually clicked on the same faces and objects until I’d exhausted the number of new matches they uncovered, before moving on to the next. It’s a method that can seem annoyingly approximate at times, like when I clicked on a very distinctive smiley face pendent and it matched it with an entirely different piece of jewelry, and that regular randomness makes the process feel a bit like forgoing a proper Google search in favour of spamming the ‘I’m Feeling Lucky’ button instead.

That said, even though I rarely felt like I arrived at them under my own volition, Immortality’s major story revelations never failed to startle me. The complex narrative is masterfully crafted; looping around and layering on top of itself and continually recontextualising events via a drip feed of new details, gradually deciphering the initially cryptic monologues delivered by The One and bringing the real reasons behind Marcel’s apparent exile from the movie industry to the surface. In fact, so shocking was the moment that it all fell into place and the truth became fully apparent to me, that had I been livestreaming my playthrough the picture-in-picture shot of my face would have been thrown into a dolly zoom like I was the leading man in a Hitchcock movie.