Ghost on the Shore is a recently-released adventure game about emotional ties. We learn how the game subverts what you might expect from it.

Released on 24th February this year, Ghost on the Shore is an emotionally-charged exploration game from developer ‘like Charlie‘ and publisher Application Systems Heidelberg.

Alexandros Melidoniotis and George Eastmead tell us more about the game on behalf of like Charlie, specifically how it subverts the expectations you would have from most ‘walking simulator’ games.

You’ll find Ghost on the Shore on Steam here.

Getting stuck or not knowing where to go next in a game sucks. And unless you’re playing a platformer, being reminded of a game’s linearity isn’t a good thing either. There’s certainly a sweet spot between tactful guidance and creative design that gives players a sense of freedom and control. Think of a game like Mirror’s Edge, linear from a level-design perspective but taking advantage of fluid movement and subtle cues (e.g., lighting, sound and skewed perspective) to ensure players keep pushing forward.

Exploration games and ‘walking simulators’ are often accused of being on rails, with little innovation in terms of gameplay. There’s usually not too much players can do to change course due to fixed narratives and limited movement. Ghost on the Shore subverts these expectations in a number of ways, leading the player in one direction and then opening up several new paths. 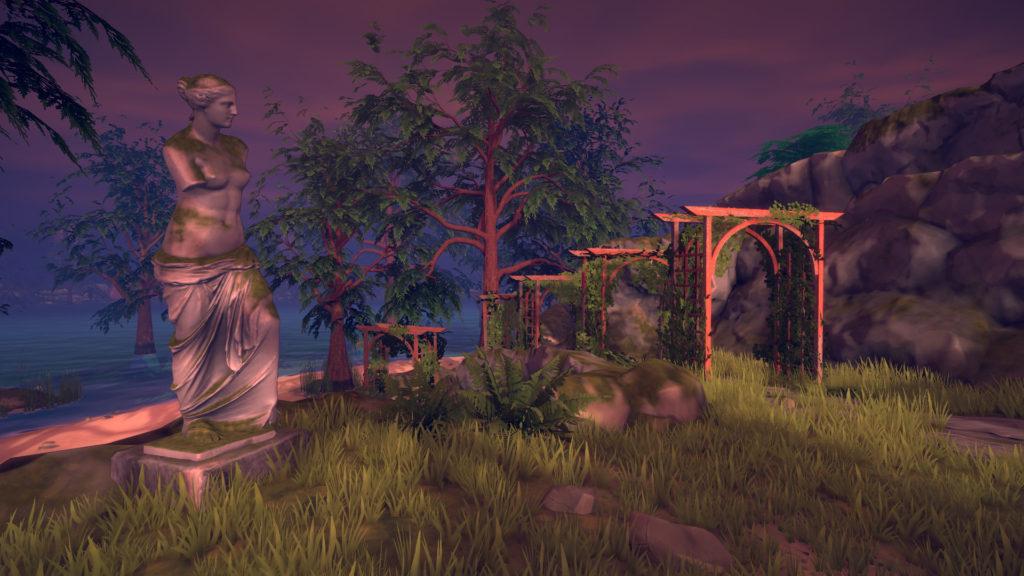 Ghost on the Shore is, of course, inspired by other great exploration games such as Gone Home, What Remains of Edith Finch, and Dear Esther, but it breaks free from the confines of the genre with the addition of a branching narrative.

Ghost on the Shore physically leads the player around an open 3D space, but backtracking isn’t part of the equation. At the same time, there’s incentive to explore every area as much as possible, gathering unique collectibles and learning more about the backstory. You won’t feel lost at any point, since the environment itself gives subtle hints as to where you’re supposed to go next. You can search for clues at your own pace, but it’s unlikely you’ll accidentally walk in the opposite direction to the rest of the story.

Ghost on the Shore tells the story of Riley, a young woman looking for a fresh start, who arrives on the Rogue Islands after being forced to ground in a storm. Joining her on the adventure is Josh, a headstrong ghost whose voice becomes known to Riley as soon as she sets foot on land. 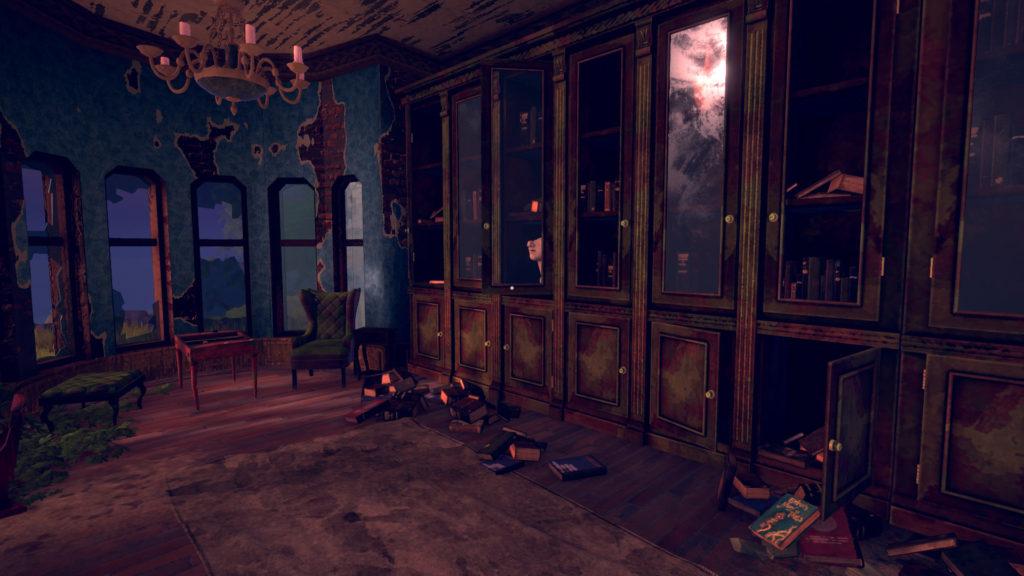 The game has deep lore, and the narrative is designed to draw the player in from the first few minutes of gameplay. The early hook (Josh inhabiting Riley’s thoughts) creates tension and excitement—an interest that slowly expands to encompass the protagonists and the main story itself. Once they’ve recovered from the initial shock, players will inevitably begin asking questions that can only be answered by playing: 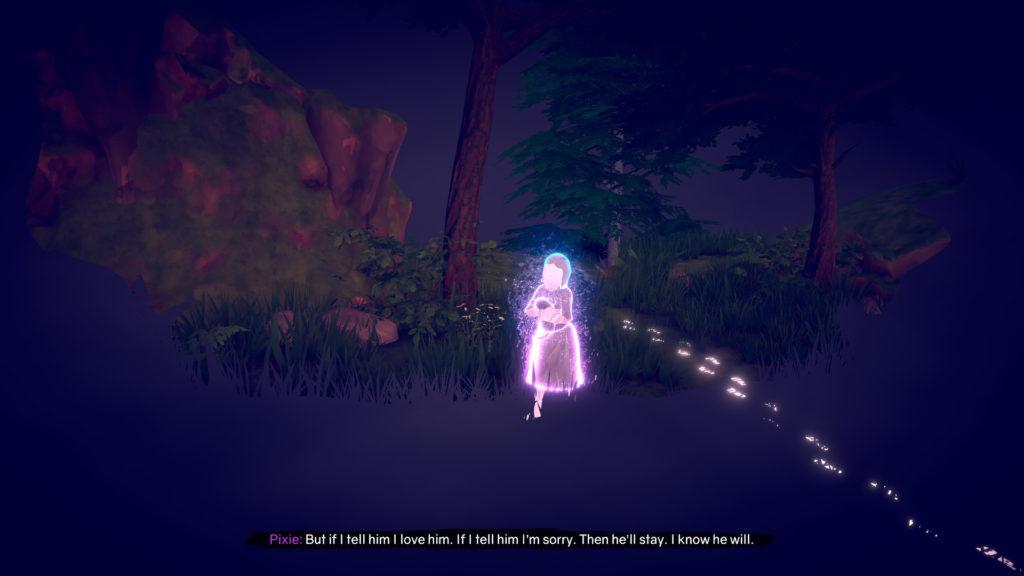 Unlike typical linear experiences associated with the genre, Ghost on the Shore is all about choice. During crucial moments, you have the opportunity to diverge by choosing how to interact with Josh. Careful though—dialogue options are shown only once, adding an element of urgency and excitement.

Gameplay in Ghost on the Shore is thoughtful and pensive. The player explores their environment in the first person and makes dialogue choices throughout.

There are so many choices to make and things to discover that it’s impossible to learn everything about the story in one playthrough. Different paths lead to different endings, and there’s plenty of replay value for completionists and story enthusiasts alike.

It’s important to note that there are no right or wrong choices in Ghost on the Shore. The game is designed to evoke all kinds of emotions, but at the same time, it sits comfortably in an ethical gray area, waiting for the player to call the shots. It’s up to you to decide whether Josh is a goodie or a baddie. Can you trust him? What about Riley? What is her secret? These are just some of the questions you’re encouraged to ask while exploring The Rogue Islands. 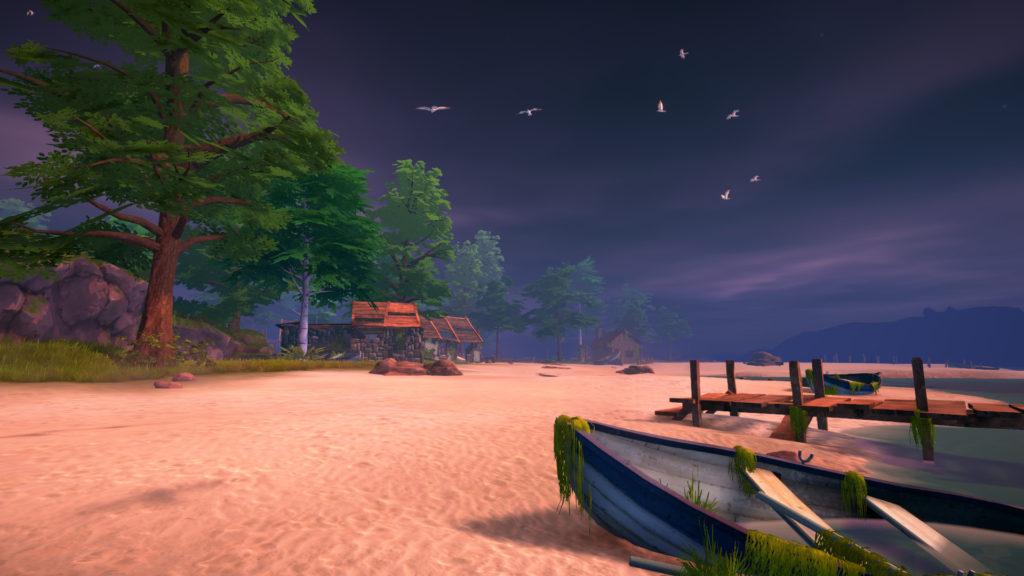 Although desolate, the islands are filled with history, echoing lost memories at every turn. The visual design draws inspiration from famous impressionist paintings, creating environments with dream-like qualities and depicting reality subjectively, often with a hefty dose of nostalgia for what’s been forgotten.

We wanted to create a colorful but mystical feeling as if stepping inside a painting. Monet, Manet, Renoir and Degas were strong references.

The game’s sound design also reflects this battle between reality and memory, present versus past. Footsteps, surfaces, and other sound effects in Ghost on the Shore are as realistic as possible, creating a stark contrast between the fluctuating, otherworldly visual stimuli and the grounded soundscape. 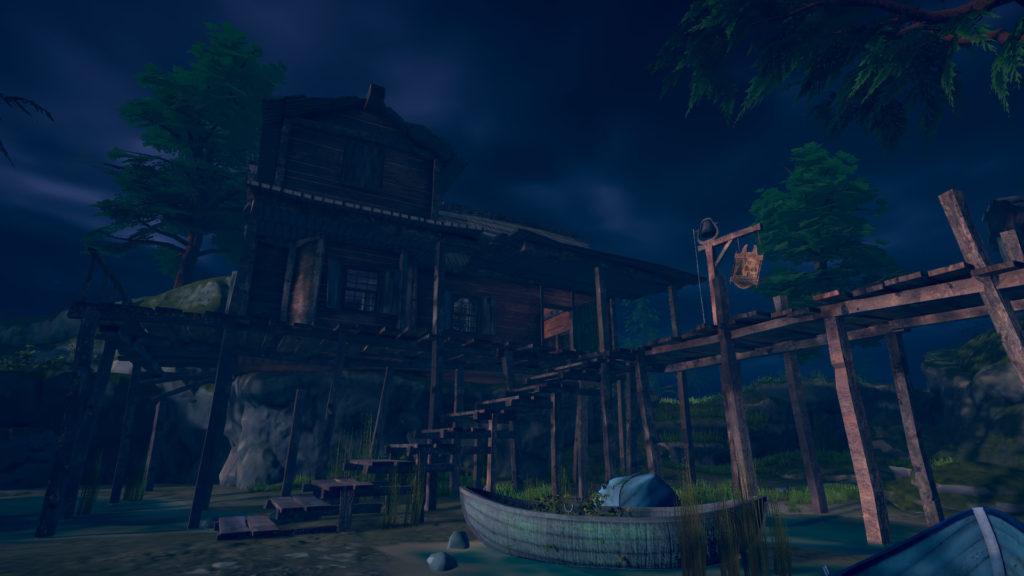 Although the setting is certainly quite magical, we wanted to keep Riley’s presence on the island grounded in the ‘real.’ This balance keeps the role of Josh in constant flux, which echoes the game’s narrative.

Nothing’s ever entirely black or white in life. As if in a Monet painting, we often encounter blurred lines and contrasting hues, deeply rooted in the subjective human experience. As we explore different viewpoints and learn more about the world, we’re forced to make difficult choices in the face of moral ambiguity. Ghost on the Shore reflects this sentiment both in terms of its story and gameplay.

For more indie game features, check out the Features section on Into Indie Games!