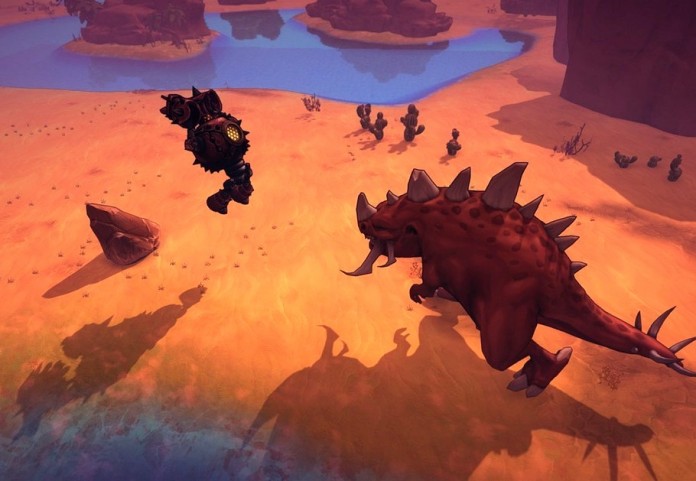 – Want to decorate your Goliaths in a special way? Epic heads of Great Heroes are at your service!

– New epic weapons for your Goliaths!

– New tough challenges for experienced robo-warriors! Raddest tournament in the history of the world of Shards!

– Brand new Dungeon of the Apocalypse! Lead the upcoming end of the world or die trying!

About Goliath
In Goliath, players find themselves in a mysterious land which consists of jumbled fragments of a hundred dead civilizations. Several powerful factions battle for control of this strange, broken and mysterious world, but even the mightiest amongst them tremble in fear of the monstrous giants that roam the land. To survive among these giant creatures, players must scavenge for the resources and materials needed to assemble Goliaths to either use for battle, or barter for their very lives. Starting out with simple wooden versions, players will learn to create dozens of Goliaths from a variety of materials; wood, stone, metal and other more unique materials found throughout the world. The Goliaths may be customized and outfitted with weaponry to create loadouts for various situations and for the players’ battle preferences.

About Whalebox Studio
Whalebox Studio was formed in Siberia in 2012 by gathering a team of talented developers from around the region. The members of Whalebox Studio collectively have many years of experience working on award-winning independent casual games, but were drawn together by the idea of creating innovative core gaming titles. The team began designing its dream project, Goliath, in the summer of 2014. They look forward to sharing it with the world in early 2016.