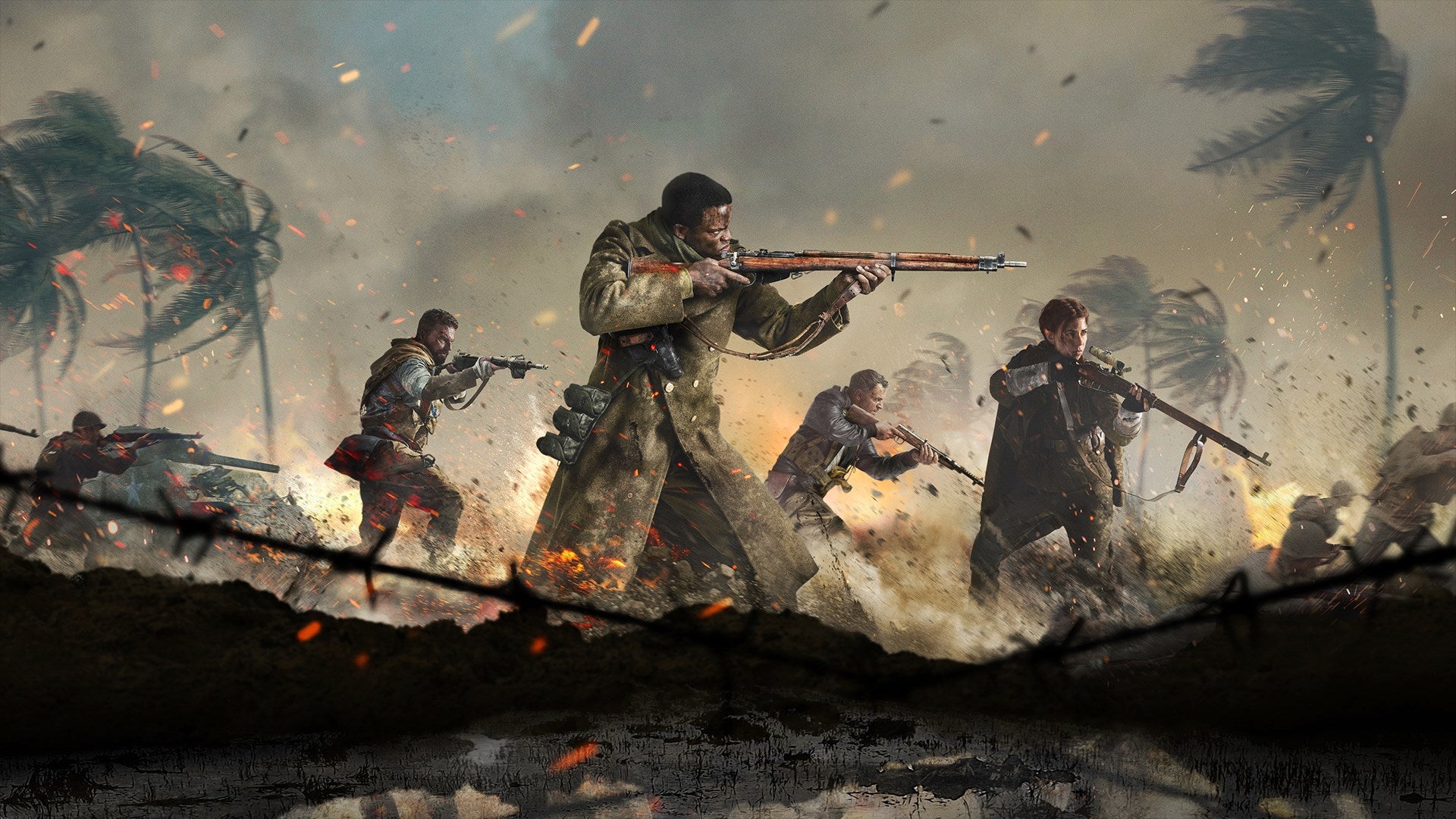 I’ve spent the weekend after launch playing Call of Duty: Vanguard multiplayer, and I'm glad to say I'm having a lot of fun. Mind you, I have fun with this series most years, and I wouldn’t necessarily call Vanguard a high point even among the past few games. The biggest issue is that it doesn't really do anything new and feels all too familiar – more of a refined riff on what we’ve played in Black Ops Cold War and Modern Warfare than something with its own distinctive style of gameplay. I feel compelled to slap it with words like “uninspired” and “unambitious,” and it seems to have carried over a few small technical annoyances from last year. And yet… after spending most of my free time running around the mostly excellent new maps, upgrading my weapons to highly satisfying levels, and – most importantly – shooting other people in the face, I have to say that in spite of its familiarity, Call of Duty: Vanguard's multiplayer is dependably a good time.

It would’ve been nice to have seen the tried-and-true formula get shaken up at least a little bit. If nothing else, that could’ve reinvigorated the first days and weeks of matches where everybody’s discovering how to use the new stuff and blowing themselves up. But in Vanguard’s multiplayer, it’s strictly business as usual: level up your profile to unlock weapons, level up your weapons to unlock attachments, and complete weapon challenges to unlock skins. I'm at level 8 Prestige 1 now, which is not an indicator of my skill so much as an indicator of how much I like to play it.

That being said, some of the weapon challenges are… infuriating, to say the least. Sure, getting 100 hip-fire kills is a snap with an LMG or an assault rifle, especially in a close-quarters map like Das Haus. That’s what those guns are built for. But getting 100 hip-fire kills with a sniper rifle sucks so much I'm not even going to bother. Well… okay, I'm probably going to try because I’m a sucker for unlocking all the skins, but I won't like it.

I'm probably going to try because I’m a sucker for unlocking all the skins, but I won't like it.

Which brings me to the irksome technical issues. When you unlock a new attachment or feature for your operator, it's marked with a little green dot to indicate it's new. And, just like last year, the dots don't always clear when you've acknowledged them. It's a small thing that drives me absolutely crazy, especially when I think I've unlocked something only to discover, no actually, it's the same grip from 17 levels ago. There's a new menu option to clear all the indicators, which is brilliant, except it doesn't work. As someone who can't stand unread email notifications on my phone, this is a small but very annoying quirk that hits me almost every time.

What We Said About Call of Duty: Black Ops Cold War's Multiplayer

There’s a very thin line between a nostalgic experience and an archaic one, and it’s a line that Call of Duty: Black Ops Cold War's Multiplayer has not quite managed to balance on. It feels like an old-school shooter at times which sometimes feels great but all too rarely, with simple map designs and underwhelming additions to playlists failing to hit the mark. If you’re looking for a quick burst of fun multiplayer action then there’s just about enough here to keep you entertained for an evening, but not much more than that. With some weapon balancing on the way and hopefully more maps and modes available in the future, there will be more to enjoy in Cold War’s multiplayer; I just can’t see it taking my time away from Modern Warfare or Warzone anytime soon. – Simon Cardy, November 17, 2020

Anyway, the crown jewel of Vanguard’s multiplayer is its maps. In fact, this might just be the best collection of launch maps of any Call of Duty game in recent memory. You know that feeling when you’re loading into a map and you’re like, "Oh no, not this map, dear Lord please, anything but this map?" I haven’t had that even once. Some are obviously better than others, but Demyansk and Numa Numa are far and away my favorites. The range of sizes and layouts with each map means I have to rethink my playstyle every time we rotate to a new one, and I really like being kept on my toes like that. Also, the occasional hiding spots sprinkled through the maps are a great touch. Those bent-over palm trees in Numa Numa sure are fun places to rack up long-range kills.

This might just be the best collection of launch maps of any Call of Duty game in recent memory.

What’s annoying, though, is that there’s not enough visual distinction between teams. The Vanguard Waltz, a name I made up just now, is when you and a member of the other team run into one another in close quarters and do a little dance until one of you notices the other's name and indicator are red. I think I’m getting a bit better at spotting bad guys, but it's still a pain and there's pretty much nothing that can be done about it at this point.

Finally there’s the new Champion Hill mode. It made a great first impression during both the alpha and Activision’s virtual review event, and now being able to play with a friend watching my back as our two or three-man squad dukes it out has improved it because communication is key to racking up points in its enclosed arenas. At the same time, the novelty has already started to wear off one weekend in. It's still great, don't get me wrong, and I still highly recommend banking your winnings to unlock the Flamenaut, because man oh man does that feel good. But its novel approach to team-based elimination tournaments has fallen to the wayside the more I play on the standard multiplayer maps.