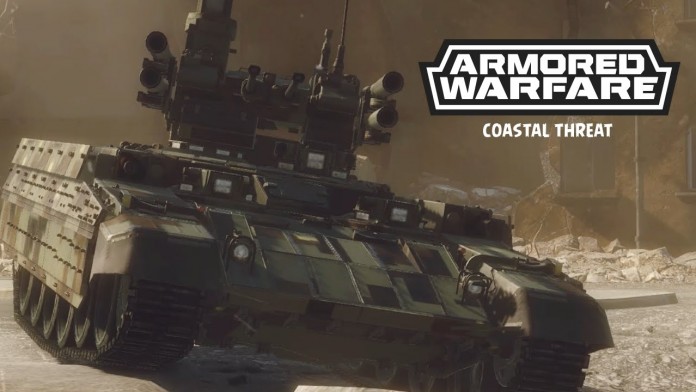 Amsterdam, The Netherlands – February 8, 2016 – Developer Obsidian Entertainment and publisher My.com unveil new information about the upcoming update 0.13 coming to Armored Warfare on February 11. Coastal Threat is a brand-new map for PvP and brings great possibilities for all classes of vehicles that capitalize on their strategic use in the thick of battle.

Throughout history, the Black Sea region has been a strategic location many parties sought to control due to its importance in trade, as well as its tactical value. In the universe of Armored Warfare, set in the late 2020’s, the relations in the region have significantly deteriorated. The entire area became a battleground for various interests, often backed by the power of one of the newly established Private Military Companies.

An otherwise peaceful town on the coastline has just seen the first glimmers of global conflict; destruction and devastation is left in the wake of armored combatants launching a siege on the area in order to take hold of its natural resources. This 1200×1200 meter map consists of several regions that offer plenty of space to flank your opponents – the southern bay area and the north offer wide arcs of fire, while the city can be used by heavier and slower vehicles to advance under cover.

Other features introduced with update 0.13:

Armored Warfare is a free-to-play massively multiplayer online tactical military game that puts the player into the world of modern warfare. In Armored Warfare, players get a chance to try the most powerful tools of destruction invented by mankind – from modern main battle tanks to scouts and wheeled vehicles. Using modern defense systems like anti-missile protection and smoke grenades, as well as various types of armor and ammunition, players can jump into fast paced battles both in PvP mode and a vast amount of PvE missions.